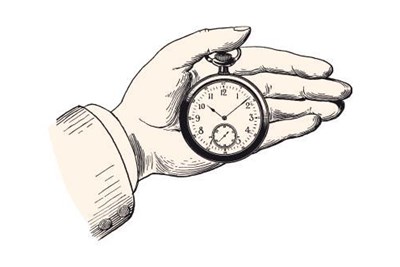 Skills and talent worries have brought strategic workforce planning to the fore. But many in HR still need to up their game

When it was announced on July 6 2005 that London would host the 2012 Olympic Games, strategic workforce planning (SWP) took on a whole new significance for Martin Tiplady. As then-director of HR for the London Metropolitan Police his workforce would need to be planned to an unprecedented level of detail – and accuracy. The enormity of the task of keeping London safe was further reinforced the next day when a number of terrorist attacks devastated the London transport network.

“Our whole approach to workforce planning had to take on a new level of sophistication in terms of mapping out what was required for the Olympics and then putting that into place,” says Tiplady, who now runs HR consultancy Chameleon People Solutions.

But the case for SWP, and who should run it, is not always so apparent. The term itself is notoriously slippery, with some organisations confusing the practice with operational workforce planning. Put simply, it helps companies understand the talent and skills needed to deliver their business strategy. But despite the increasingly business-critical nature of SWP, HR departments often don’t have the skills needed to grasp the nettle.

Sam Hill, a consultant who is parachuted in by companies to help with SWP projects, says that in some organisations HR “isn’t trusted” to run a SWP programme. “HR don’t necessarily do the workforce plan, they facilitate a discussion that allows the business to challenge each other on what the right algorithms might be for each job role. I’ve worked with organisations who don’t actually have HR leading strategic workforce planning simply because they don’t believe they’ve got the gravitas to have those difficult conversations,” he says.

The problem is that senior leadership teams don’t have time to do a good job of SWP themselves, says Stephen Moir, executive director of resources at Edinburgh City Council and former chief people officer of NHS England. This presents an opportunity for HR as a key stakeholder to kick-start these conversations, he says.

“For me good strategic workforce planning needs to be owned by the business. It’s HR-enabled and helped, but actually this is for business leaders to own and think about the future shape and design of their service, future skills requirements and labour markets,” argues Moir. “This is probably why it’s under-developed – because business leaders don’t have the time to focus on it or indeed the inclination.”

There is also a misconception, says Moir, that SWP is largely a data collection exercise. “People think it’s just about spreadsheets, numbers, trends, and turnover of staff. That’s part of the problem with the legacy: where people have experienced strategic workforce planning it’s been more about numbers and less about what that actually means for the business.”

Caroline Waters, who is the former director of people and policy at BT and now has a portfolio career, says that many companies are yet to get a grip on the best use of data. “What you see in most businesses is more data than you can imagine but very little information. The ones who are doing strategic resourcing well are the ones who have got people who can take that data and turn it into information you can act on,” she says.

Some organisations will draw on senior resource from all internal stakeholders – from finance to marketing – but have HR lead the charge. Others will draw on the expertise of specialist consultants such as Hill.

However, Jody Goldsworthy, who heads up the leadership and talent consultancy at executive search firm Gatenby Sanderson, says that the onus on successful SWP programmes has resulted in a specialist role being created.

“Some of the public sector organisations that have significant scale have recently appointed people to SWP roles where they never had that role filled before,” she says. “Some of the big departments within central government are saying ‘we now need to have someone in our HR team or in our senior leadership population who is responsible for this’.”

Goldsworthy adds that the type of candidate they’ll typically be asked to source for such a role will often come from the private sector, “from big professional services organisations and companies like Rolls-Royce who are renowned for doing this really well. The public sector is looking to bring in skills from those sorts of places,” she says.

The renewed enthusiasm for SWP is multi-faceted. Likely playing a role is the widely-discussed skills gap, particularly in roles that require qualifications in science, technology, engineering and maths (STEM). According to CEB modelling projections, demand for talent is rising twice as fast in STEM industries as it is for other sectors.

Some companies, such as Fujitsu, are taking a ‘grow your own’ approach. Mark Jackson, who takes the lead on internal mobility and junior talent acquisition, says that it is impossible to keep up with the needs of an ever-changing workforce in an environment of constant technological innovation. “If I need 10 graduates to go and work in programming languages such as C++ or C# the type of business we win might change within a couple of years and those languages are of no use to us anymore. So it’s really important we bring in people who are adaptable, they’re willing to make changes and learn new skills, rather than bringing them in for a specific skill,” he explains.

Brexit looming large on the horizon could have also prompted an increased appetite for SWP. In certain industries that rely heavily on people from the EU to fill roles – from hospitality to healthcare, as well as the thriving technology start-up community – the prospect of not having access to that talent pool fills some HRDs with dread. Scenario planning as part of a wider strategic workforce plan might help cushion the blow, says Tiplady.

“The Met is big on scenario planning. So with the question mark over EU nationals you picture a number of scenarios that might happen. Let’s say, for example, all EU [nationals] are going to be kicked out or are going to be given a two-year period to stay. What does that do to your workforce? And what does that do to our work plan in achieving it?”

However, Jackson says organisations shouldn’t get too hung up on Brexit. “I wouldn’t say it’s anywhere near the top of my list or anything I would change plans around for,” he says. “We tend to have quite a good focus on in-country skills anyway and knowing where there are scarce skills and what we need to do to mitigate that.” With an estimated 155,000 employees globally, Fujitsu has the benefit of scale and is able to move talent around the business as required. The same certainly wouldn’t be true of a much smaller company or recent start-up.

The benefit of skills-related crises is that workforce planning is more likely to make it onto the agenda at a board meeting. “This is much more likely to lead to sponsorship at the top; if your organisation is going to be responsive it needs the buy-in of the senior leaders because they’re the people who hold the levers to organisational change,” says Waters.

He adds though that there’s still a long way to go for many on SWP: “The reality is the businesses that have all of those factors at the same time are few and far between.”