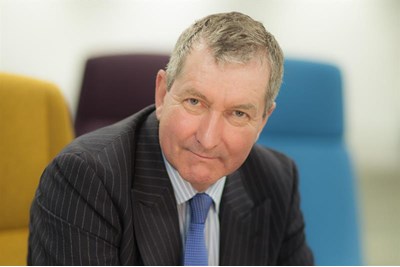 Anyone who has been on a good problem analysis course knows success only comes when you identify the real problem and respond to it, rather than the symptom of the problem. This is often the reason our attempts to deal with the problems we see in our organisations don’t work well.

Having been a leader in the military, business and public sector for more than 30 years this failure is something that I have seen almost every day. Leaders aren't spending enough time focusing on their people so the solution is seen as developing their 'soft skills'.

In the past month I have seen four articles in HR publications stating that there is a significant shortfall in soft skills that affects team and organisational performance. The action proposed in most of these articles and by various HR and leadership experts, is to run leaders through some form of soft skills training – listening skills, more team discussion, better feedback etc. I don’t dispute that having these skills is good, and that they need to be developed. But in my experience there's a fundamental problem these experts haven’t identified that’s stopping leaders spending time with people and using soft skills better.

Over the past eight to nine years I have worked with many groups of leaders around the world – well in excess of 5,000. I asked them a standard set of questions and received consistent answers irrespective of sector, culture, level in organisation or location. One of the questions was 'who has had any development on how to delegate effectively at any point in their career?' In the vast majority of audiences no more than 25% had, and often around only 10% to 15%. The only exceptions were audiences of military personnel where everyone had. As an ex-Army officer I've been given that training myself so never thought about the impact of not having it.

That impact is massive. In a 10-minute exercise I can get any leader who has not had delegation training to discover at least half a working day a week more time. In an exercise with 120 leaders of a global logistics company in March, with electronic feedback the exercise, if those leaders delegated more effectively it could save more than 1,200 days a year for more critical activity.

Then I broadened out the analysis – what about:

Prioritisation – are we doing the right work that contributes to strategic outcomes?

Time management – do we have a plan that will deliver on time with contingency? Without training on this, plans often underestimate implementation time by 25% to 30%.

Communication – does everyone know what they have to do, why and what's in it for them?

Feedback – are they getting feedback on how they are doing from their leader and other colleagues that inspires them to be better?

I can safely say that at least 50% of line managers have never been developed in any of these at any point in their career. If we add in the delegation problem what’s the result?

Simply that the vast majority of line managers do not have the basic task management skills (what I call the Firm Foundation) that will allow them to remain in effective control of a task as it is implemented. Thus it might not be the right work, the plan might be poor, the delegation lacking and communication unclear, with little or no effective feedback.

As a result evidence suggests only about 30% of all initiatives undertaken in organisations ever get anywhere close to full and effective implementation. Thus lack of Firm Foundation is a key factor in why 70% fail to reach that benchmark. In terms of impact on people the line manager's typical response as things start to go off the rails is to focus more on the task and ignore their team, or pressure their people to try to recover a poor plan poorly implemented. In either case it’s bad for everyone.

This lack of Firm Foundation is the core reason line managers don’t have better relationships with people. They are constantly fire-fighting to keep control. Soft skills training won’t help this. The first step is to give them the Firm Foundation that lets them have a good plan where the implementation works smoothly, which then gives them time to focus on people and then implement their soft skills training.

Soft skills are great, but HR shouldn’t go 'soft' without a Firm Foundation in place as well.