Is gender pay reporting too simplistic? 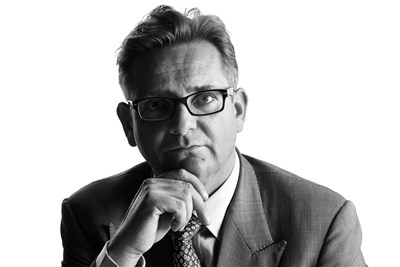 A number of reports have made media headlines recently for exposing the inequality of pay between men and women in the UK.

Obviously, any company that does not employ the best people they can for every position and guarantee ‘equal pay for equal work’, regardless of gender, is potentially damaging its own business.

It would be commercially negligent to operate in such a discriminatory way. As a business owner with 20 years’ experience in recruitment, I find it difficult to understand why anyone would run their company this way.

This is why I believe reports that point to gender inequality need to be more specific in the examples they provide. Surveying a sample of thousands by job title provides an excellent range, but with it comes differences of sector and business type that need to be taken into consideration.

You cannot compare wages for similar job titles in other sectors, without taking into account what type of companies and industries they work in.

Recent research from the think tank Demos underlines this. Demos examined whether pay gaps could be altered if women were enticed into apprenticeships in more male-dominated fields.

When they compared the full-time pay of staff in industries with a high proportion of male apprentices with those dominated by women, there was a pay gap of more than £8,000. Demos showed that 93% of apprentices in hairdressing are female, 91% in childcare and 83% in health and social care.

Official data reveals that the average full-time salary in these sectors is just over £21,000. Yet in industries like engineering, construction and IT and telecoms, where between 90% and 98% of apprentices are male, the average salary is £29,600 a year.

ONS data from September 2013 showed that this was also the case among workers who saw themselves as “professionals”.

Nursing was the most common occupation listed for professional women, and for men it was programming and software development. Nurses earn an average of £16.61 an hour, compared with more than £20 for software programmers.

Using a mean average of hourly earnings between men and women to arrive at the figure of a gender pay gap is equally uninformative. It does not account for the fact that women and men are largely concentrated in different sectors of the economy.

For example, in public sector employment, women make up nearly two-thirds of the workforce. Why women overwhelmingly dominate some traditionally lower-paid occupations is another question, which should be addressed separately.

I would like to see more support for the work into inequality of pay due to gender. This could be research to provide more like-for-like examples, such as presenting evidence of a company where two managers performing the same job are paid differently based on gender.

If there is a clear case of gender discrimination in the workplace then we need to address it. To do that we need accurate data to analyse, and not research whose methodology could have miscalculated any imbalances.