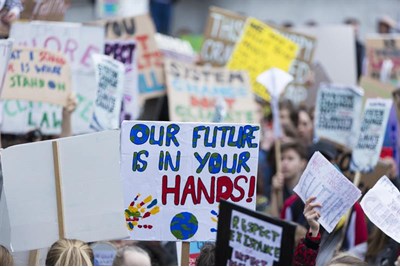 At the beginning of January Amazon made headlines for threatening to fire employees who publicly criticised the company’s environmental policies.

Furious opponents, including Amazon employee Maren Costa, retorted that it was not appropriate for the organisation to silence people for speaking out and expressing their beliefs.


But what is a philosophical belief and how wide can its protection extend?

The Equality Act 2010 prohibits discrimination because of religion or belief. The term 'belief' means 'any religious or philosophical belief and a reference to belief includes a reference to a lack of belief'.

In recent years tribunals have considered whether various beliefs meet the criteria of a protected belief under the Equality Act. A belief in the sanctity of copyright and the right of an individual to own their own work has been determined not to be a protected philosophical belief, with the same conclusion being reached on considering whether the public service is improperly wasteful of money.

On the other hand a belief in Scottish independence has been held to be a protected philosophical belief, as has a belief in climate change.

In the latter case, Grainger plc and others v Nicholson, the employment appeals tribunal gave guidance of what amounts to a philosophical belief for the purposes of the discrimination legislation. It stated that the belief must:

In light of the decision reached in Grainger it is evident that a belief in climate change is capable of being a protected philosophical belief.

However, each case will turn on its own facts and, importantly, establishing that you hold a protected philosophical belief is only half the battle.

In the 'ethical veganism' case Jordi Casamitjana successfully met the preliminary test of whether he held a protected characteristic.

However, the substantive question of whether he was dismissed because of his philosophical belief, as opposed to the gross misconduct alleged by his former employer, has yet to be determined.

Amazon’s admonitions to its climate-conscious employees have, on their face, referred to violations of the company’s external communications policy in circumstances where these employees have made public statements to the media criticising Amazon’s environmental impact.

While stressing that its communications policy was not new Amazon also acknowledged that the policy required employees to seek prior approval to speak about the firm in public while identified as an Amazon employee.

Many employers with similar policies will be monitoring the unfolding situation carefully. Given that Maren Costa has publicly argued that it is her “moral responsibility” to speak out, one can well envisage a case being run in the not-so-distant future that argues such policies indirectly discriminate against employees who hold a protected belief in climate change.

While taking disciplinary action against employees for breach of company policy is nothing new, Amazon may be reluctant to run this particular battle because such a course would undoubtedly further magnify the attention on an issue it appears keen to downplay.