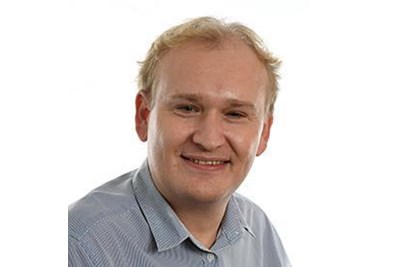 Last Thursday (11 July) HMRC issued draft legislation affecting businesses engaging contract/temporary staff who trade through their own limited companies, often referred to as Personal Service Companies or PSCs. While some 1.5 million companies falling under the definition of small companies (as defined by the Companies Act 2006) will be exempt from these changes, in reality the legislation will affect the vast majority of all engagements of PSCs in the UK.

From 6 April 2020 medium and large businesses will become the ‘decision-maker’ responsible for determining the IR35 status of every engagement to ascertain whether the PSC can be paid gross (‘not caught by IR35’), or if ‘caught by IR35’ must be paid net with PAYE deducted from the amount invoiced and put through the payroll (and of course pay over Employers’ NICs as one would for any other employee).

The second party created by this legislation is the ‘fee-payer’, which can be the business if engaging directly with the PSC. But this will often be the agency immediately above the PSC in the contractual chain. The fee-payer is liable for payment of any tax not collected, even if due to an incorrect decision made higher in the chain.

In the public sector it is enough for the end client to have taken reasonable care in making its decision and to have responded to any queries raised to it within the legislative time frame. Businesses in the private sector will not be so fortunate: before the engagement begins the end client must communicate the decision in writing to the PSC via a Status Determination Statement (SDS), which must also give the reasons for the decision. Where an agency has been used the SDS must be issued to the agency immediately below the end client in the chain. Where applicable they must pass on this SDS to any agency that sits below them.

Non-compliance will come at a price: anyone failing to discharge their duty and pass on the SDS risks being classified as the fee-payer, and so liable for any unpaid tax. This also extends to not responding to a challenge of the decision from the PSC within a 45-day time frame.

Moreover, HMRC has introduced transfer of debt provisions, which means that when an agency fails and cannot discharge its duty as fee-payer, the liability could still land at the end client’s door.

Every medium- and large-sized business must create new systems to deal with this change. Blanket decisions and shortcuts are unlikely to provide a sufficient defence to a charge of failing to take reasonable care. Those who do not engage in discussions with PSCs could see themselves inundated with disagreements on day one of the new legislation (and will likely struggle to cope with the response).

It would seem the government intends this to be self-policing legislation. There still remains uncertainty as to how HMRC will tackle IR35 enquiries. If the end client SDS is completed with reasonable care but HMRC disagrees, will a fee-payer further down the chain be held accountable for unpaid tax and NI? Where will HMRC commence an inquiry? Into the end-client business or into the party charged with ensuring the correct tax treatment (i.e. the fee-payer)? Either way, expect the inspector to call at some point during the inquiry!

The government has asked for comments on the draft legislation by 5 September 2019.