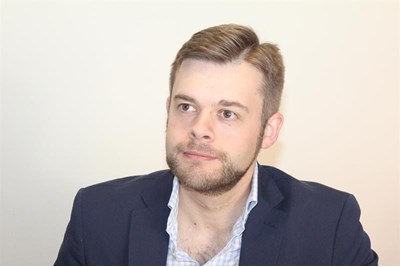 Having been caught up in Public Sector IR35 since it was introduced, I can confirm that the process still needs some work. Umbrella Companies appear to have become the new leeches here... the ...

Signs still point towards an announcement in this year's Autumn Budget, with the new rules perhaps coming into force in April 2019

The much-debated future of IR35 in the private sector reached new levels of uncertainty recently, with the minutes from the government's IR35 Forum yet again hinting that reform is on the cards.

The IR35 Forum is a group of external stakeholders, including taxpayer representatives and professional advisers, who meet quarterly with HMRC. It was established following the government’s Budget 2011 commitment to make improvements to the way IR35 is administered.

Neither the government nor any HMRC official has ruled out possible changes that – if similar to public sector reform – would make every private sector company in the UK responsible for determining the IR35 status of the contractors they engage. This move would also see companies liable for any missing tax should HMRC deem them to have incorrectly placed a contractor outside IR35.

All the signs still point towards an announcement regarding private sector reform in the Autumn Budget in November, with the new rules perhaps coming into force in April 2019.

For instance, the IR35 Forum minutes explained a ‘possible next step would be to extend the reforms to the private sector’, with the transcript reiterating ‘that there is an immediate Exchequer risk that needs to be addressed'.

By neither confirming nor denying private sector changes the government has yet again fuelled further speculation, stirring panic among private sector businesses, contractors and the agencies placing them.

So with these changes seemingly a case of when and not if, preparations must start if businesses are to be confident of making well-informed IR35 decisions on a huge scale. But contrary to persisting and quite damaging rumours, businesses could manage changes and continue to engage with contractors compliantly.

The private sector must learn from mistakes made in the public sector IR35 rollout last year. It’s vital they take the initiative and start communicating with the contractors they engage immediately. An open dialogue will go some way to getting a better understanding of each working arrangement and even put the contractor’s mind at rest that their client is prepared for reform.

Assuming that changes are announced this year, companies must be in a position to make accurate IR35 decisions on a case-by-case basis. Blanket determinations would be unwise, and was a shortsighted tactic employed by a number of public sector bodies last year, including the NHS. It will simply deter contractors from wanting to work on projects where they would be made to pay the same tax as an employee without any rights and without a fair assessment of their working arrangement.

Given that recent APSCo research indicated that 51% of its members do not believe public sector organisations have the expertise to make accurate IR35 decisions, are private sector companies much better equipped? HMRC built the CEST tool to assist in the IR35 decision-making process, but there are questions over its accuracy.

The IR35 legislation is complex, and if misunderstood could cost companies tax fines reaching a potentially disastrous seven figures. Expertise and advice will inevitably help.

Assuming the government carries out the ongoing IR35 consultation with an open mind, it could prove to be decisive in whether further reform is introduced or not. That said, many sector experts feel as though minds have already been made up about extending IR35 changes.

The UK’s two million independent workers offer the private sector unrivalled flexibility and expertise, which is why it’s vital the companies that engage them are prepared for reform as early as April 2019.

Having been caught up in Public Sector IR35 since it was introduced, I can confirm that the process still needs some work. Umbrella Companies appear to have become the new leeches here... the employer NI and PAYE portion which is supposed to be picked up by the "employer" is being deducted from the "worker" so the tax pain for the "employee" is 2-fold (moral of the story is ensure that you add this element into your hourly rate). The additional annoyance and inconvenience relates to pension provisions- as a deemed "worker" the "employee" must automatically be enrolled into the Stakeholder Pension scheme and then opt out after the event - from which you then have the burden of recovering any contributions deducted... Good Luck with your IR35 futures!