IOSH praises Olympic Games as a 'blueprint' for health and safety 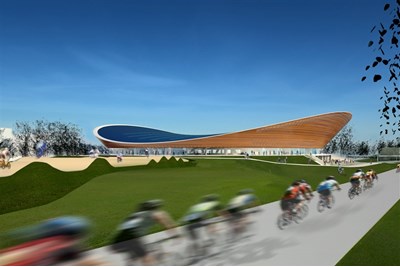 The Institute of Occupational Safety and Health (IOSH) has paid tribute to the role pragmatic health and safety played in planning and delivering a successful Olympic Games.

Despite concerns about transport and security voiced in the media, the Institution has praised the careful planning that has paid dividends to make sure crowds around London and the sporting venues were kept safe. It's now looking to the Paralympic Games, which start on 29 August, to match those successes and complete the legacy that a successful construction phase first began.

IOSH executive director of policy Luise Vassie said: "The planning and hosting of the London Olympic Games has given us a twofold health and safety legacy. First, we hope it leaves a lasting impression on our construction sector, where employers use some of the same techniques in their own projects. We want the Olympic Delivery Authority's (ODA) health and safety innovations and ways of managing contractor relationships to mean fewer workers die in the course of their day jobs.

"Secondly, these Games should act as a blueprint for how to organise safe, large-scale events. Not just in the way that it developed crowd safety and transport plans to minimise the negative effect on London, but in the way that volunteers were managed. Everything knitted together so well to make this a triumphant success."

Before the start of the Games, IOSH praised the build project where accidents were reduced by as much as two thirds on the construction industry average, with zero fatalities and a potential saving of £7m through its occupational hygiene programme alone.

But now, following the success of the event itself, IOSH believes the energy and costs that went into protecting spectators and London's residents shows the value of proper health and safety planning.

IOSH past president and sports grounds and events group chair John Holden, who was a health and safety advisor at Old Trafford - one of the football venues during the Games - said: "The success proves that health and safety doesn't get in the way of events at all - it's exactly the opposite. It's meant that everything has run smoothly, efficiently and on-time, so people haven't missed out on the fun. The cost of health and safety here was far less than the financial and reputational damage that serious injuries, fatalities or delays would've given Great Britain.

"There's been absolutely no red tape here - just practical, pragamatic health and safety which will be transferred into future events. What we've seen is an investment in knowledge of how to run these events even better than we do already."

Commenting on the successful preparations in London to cope with an extra four million people on its streets, IOSH Sports Grounds and Events Group vice chair Carl Hagemann said: "As a worker and commuter in London during the Games, I witnessed firsthand London functioning as 'business as usual' both during the set up and the event itself."

Carl was health and safety advisor at Olympic Park in the lead up to the event and witnessed much of the last-minute pre-Games preparations that went ahead in the capital and the Olympic Park.

"The London 2012 Olympics have been testament to the planning and the positive approach taken to using health and safety to support good business. Lord Coe recently said, 'Britain, We did it right' - I think as a nation we should be proud of this achievement," Carl added.

With the Paralympics starting in just two weeks, IOSH is now looking to event organisers to once again create a healthy, safe event for London's visitors, residents and athletes during the Games.