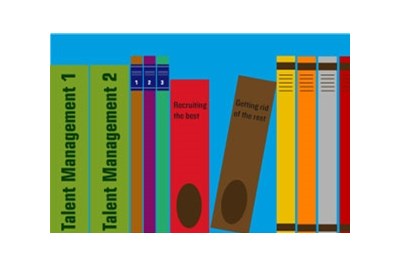 Last week's news from the Chartered Management Institute that there had been a year-on-year increase in the number of managers resigning from senior jobs may have come as a surprise to some employers.

It shouldn't have done. Many employers have been so focused on reducing cost and limiting the numbers of redundancies within their organisation that they have lost sight of the number of valuable employees that have called time on their current positions and have exited through the side doors. Policies designed to save roles in one area of the organisation have, in many cases, precipitated an increase in those leaving elsewhere in the same company. And inevitably, it's the most able and those with the highest potential that opt to leave and pursue opportunities elsewhere. The talent simply ebbs away.

But why do these valuable staff choose to resign from stable and often influential roles when faced with the prospect of a highly fluid and unstable job market brought about by the worst economic conditions many of us can remember?  In many ways the reasons are the same as those that are given in more stable economic environments, namely a combination of ‘push' and ‘pull' factors. Push factors are the ones that can be categorised as those that drive an employee away from their current employer, including basic dissatisfaction with corporate hygiene factors; line-management problems; a divergence between individual and organisational alignment and, increasingly, an overall failure on the organisation's part to support the employee's career aspirations.

Conversely, pull factors often include a more enticing overall salary package (although this is rarely the primary motivator); better engagement with the organisational objectives; closer alignment with corporate ethics and culture; the opportunity to develop a new team or project and, most importantly of all, the belief that an individual's personal development will be enhanced.

There is a sad inevitability in the fact that many organisations look to save costs within the learning and development function - that most underrated and misunderstood driver of corporate engagement. Courses are cancelled, training deferred and personal development put on hold ‘until the budget is restored'.  Faced with this situation, it is understandable that individuals, who are told time and time again to broaden their skills and abilities, look elsewhere if they feel that development opportunities are withdrawn.  Even this situation may not totally explain why some choose to leave. Often a simple failure to communicate effectively with employees, providing reassurance and ensuring that, despite very difficult (but often temporary) budgetary considerations, the organisation genuinely values both its staff and their careers.

This final point becomes ever more key when considering those who are just starting out or are coming to the end of their careers. Younger employees (the Gen Ys) are those that are most focused on maintaining continual personal development - if your company can't offer it, it won't take long for them to find one that will. More established employees meanwhile are often more likely to withdraw discretionary effort if they believe their development opportunities are being affected. While the numbers in this segment of the workforce may not be as quick to move to another employer the fact that they may not be as motivated can have serious negative implications. These are generalisations and many individuals across the organisation will maintain high levels of commitment despite the straitened circumstances of their employer.

So what can be done to mitigate against losing talented employees? Having clear and consistent messaging around personal development and career support is a start; coaching and training the line management community to better understand the motivations of team members and trying to ensure that development activities, while they may have to be curtailed, are not cancelled completely. Whether in the short term or the long term, this will undoubtedly prove to be a false economy and will damage the reputation of the employer in the mind of the employee.

Clearly few would argue against organisations striving to preserve jobs against the backdrop of the current economic situation - however by simply removing opportunities for personal development, many of the talented individuals that could support an organisation's future recovery and growth are lost to more enlightened employers.

Invest in people's development and career aspirations now and reap the dividends later. You won't be disappointed.