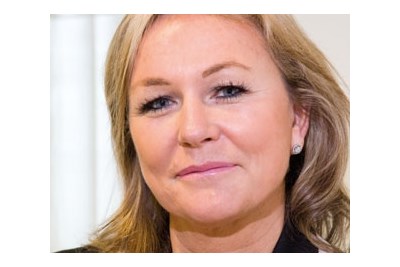 When Tanith Dodge joined Marks & Spencer early last year it was at the peak of its revival. Now HR too has a new look - modelled along centralisation and business partner lines.

Tanith Dodge, HR director at Marks & Spencer (ranked 20th in HR magazine's Most Influential List 2009, see page 27), is going great guns. She is 20 minutes into what turns out to be a 45-minute interview, eulogising on M&S's recent HR transformation project when, all of a sudden, she stops in mid-flow. After pausing, she looks across the desk in her top-floor office (located next to CEO Sir Stuart Rose's, no less), slightly embarrassed. "None of this is really rocket science," she mutters, sheepishly, in a sort of 'why are you here?' kind of tone.

Dodge - formerly HRD of another high-street leviathan, WH Smith - became the fifth person to head up HR in just eight years when she joined the retailer last year. Reporting to finance and operations director Ian Dyson, Rose's heir apparent, she has so far witnessed two high-profile departures - head of food Steve Esom in July last year and overseas chief Carl Leaver this month; a tribunal over the dismissal of whistleblower Tony Goode (ongoing as HR went to press); the announcement of 1,200 job losses and 27 store closures; a 40% slump in profits and a 33% dividend cut. But none of this has hampered her determination to transform HR.

"Picture the scene," says Dodge (referring to the start of her tenure). "HR tended to be done on a store-by-store basis. Individual HR professionals would deal with everything from administration, training, case law and everyday employee issues. It was a lot for them to manage, yet little policy was centralised; and a lot of what was done was reactive. It was not that we didn't have an HR presence in our 600 or so stores," she explains, "it was more that there was duplication of effort. And there was no shared learning about how, say, an employee relations matter in London was dealt with that a store in Liverpool (also confronting the same problem) could benefit from."

It may come as no surprise to learn the solution she devised was to go down the centralised HR business-partner route (supported by consultancy Orion). But what may have surprised the rest of the board was the need to do it in the first place. At the time Dodge was first thinking of this change (in March 2008, shortly after joining the company), M&S was at the peak of its revival. A month later it was able to announce profits of £1 billion (the largest since 1997/98). On paper, everything was going in the right direction. Why meddle with a successful formula?

"At the time, even training decisions could be taken on a site-by-site basis," says Dodge. "Individual managers chose what training did and did not happen. Although this meant there were different standards, store managers were perfectly happy with this set of affairs and the service they got from HR. There was definitely not a 'we need to change things urgently' mentality.

"HR as a function was inefficient when it came to managing employee relations across stores - in particular, there was no synergy or shaping of best practice," says Dodge, who admits enjoying working in organisations that "are going through change". This came about after a review of HR to uncover how it could better serve managers; it looked particularly at how much time HR was having to spend on certain roles, and how it could add value.

"This was never going to be a cost-cutting argument," says Dodge, "it was more an opportunity to demonstrate how we could give an improved service down to the line. We couched this in terms of how, for instance, if an individual store's HR person was away, then that store would have no access to HR services; or on the shop floor, how individual store managers would be unable to have high-end, strategic business conversations with HR about what stores needed to do to manage careers, and what talent gaps needed filling."

It was this latter point (Dodge says "there were no quality conversations about talent - HR was simply 'doing', not 'thinking'"), that helped convince Rose that HR change was something he should invest in - despite the potential for disruption. It set in motion consultation with a Business Involvement Group, which would begin to explain to the first 200 HR professionals affected how their 'role accountability statements' would change. For the new business partners (BPs) created, it was not a promotion, and initial research found that many of the first wave believed becoming a BP would not substantially alter their role. Dodge was keen to spell out that it would.

The result, though, is a dramatically different HR function. Dodge has removed any HR responsibilities to do with case law and management away from stores. These responsibilities are now assigned to dedicated HR hubs, and managers can call a central HR phone number. "The biggest change for them is having to feel comfortable with getting anyone at the end of the phone," says Dodge, "but the response is immediate." Other improvements include managers being able to access case law pages where they can see if similar problems have been encountered elsewhere in M&S, and other management data, such as on absence. There are a total of 11 hubs, employing about 65 HR professionals, while 47 business partners are clustered around groups of stores (about 3.6 on average).

One of the greatest challenges has been for the 47 new BPs to avoid slipping back into their old job titles. "New BPs are itinerant. They have to make the model work and work with the model," Dodge says. "This means being firm with what their new accountability is. 'Scope creep' - being asked to look at other employee relations issues 'while they are there' - cannot be allowed to happen. It may sound harsh, but each business partner has to have a clear role."

Since the BP business model has come to fruition, Dodge says line managers are now taking greater responsibility and having "proper performance-related conversations" with staff. "There was always an acknowledgement this was part of their job, but now it's more formal," she says.

She also says M&S is experiencing "a cultural step-change" in the way people issues are confronted. "When rolling out the HR change, we initially collated a database of the sort of questions managers might want to ask, to build a quick repository of Q&A-type information. It was intended to allow us to see if certain stores were needing more advice over, say, absence management, than another. We've now widened the remit of the service to include (questions) from staff representative groups."

Innovations brought about by the transformation project include the subsequent introduction of 'People Thursday', where managers in all stores, set aside specific time each Thursday to think about and plan people issues. "Before, it was a case of this only happening when the HR person was available," says Dodge. "Now it's planned into the day to avoid it occurring on an ad-hoc basis." Training, which also took up about 20% of each store's previous HR manager, has also been stripped away, and is now run by specialists, reporting to a new head of training.

But is it producing results? Dodge says she already knows it is. "We've seen a relationship between the situation at the start of this new dialogue and a cut in overall staff absence, by about half a percent," she confirms.

Soon Dodge will have more hard and fast metrics to measure the exact HR performance of individual - or clusters of - stores. "We're starting to get improved management information, but the approach we want to adopt is one of 'what else' can we find out?' For instance, the next phase for me is to look at how we take what we have learned from individual stores and expand it into macro-wide policies."

For Dodge, though, transforming the HR function is not just an exercise in getting managers and employees better involved; it is also a means to invest in the careers of HR professionals themselves. "The career progression I can now offer in HR is the real success story," she says. Initially all HR professionals involved in the change were offered 'Powerful Questions' training - a technique for asking individuals questions that make them think about their roles.

"The BP model gives clear HR career path opportunities," she continues. "Heading up people policy teams is quite a meaty role. I've been careful to avoid simply creating administrative ghettos and we are much more likely to experiment with how HR expertise can be shared around the business. For instance, we have one of the retail BPs on secondment to a head office BP role - more secondments from stores to head office and vice versa."

But fortune frequently favours the brave (or maybe, in this case, the lucky). For now that M&S is not scaling the same heady economic heights as it was when the HR transformation project was first started, perhaps Dodge can feel fortunate this change project has already happened.

Today the conditions are ideal for laying the foundations for more prolonged recovery. Maybe if HR transformation was mooted now, the case for doing it might not get support. But now that the first phase has happened, Dodge is well placed to squeeze renewed employee engagement from staff who feel their worries are being listened to more.

"We're much better positioned to do short and long-term planning," she says triumphantly. She may not feel she has produced 'rocket science', but the launch pad has been properly primed for take-off.

2008: Mark and Spencer director of HR