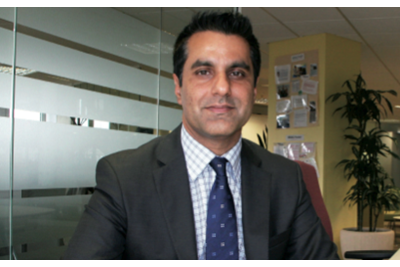 In 2007, the case of Baby P dominated the news headlines, sickened the nation and shook the social work sector to the core.

Following an investigation into the case of the Haringey infant Peter Connelly ('Baby P' prior to the lifting of news restrictions), who died following continuous abuse from his mother and her boyfriend, the council's controversial 2009 Serious Case Review of the Baby P calamity stated: "In this case, the practice of the majority [dealing with the situation], both individually and collectively... was incompetent. Their approach was completely inadequate."

In short, the report said Peter Connolly's "horrifying death could and should have been prevented" and that if social workers, health professionals and the police had taken the correct approach when doctors noticed bruising on the child, the situation would have been "stopped in its tracks".

Social workers in Haringey said at no stage did they think Peter was in danger or at risk of serious harm, but given the tragedy of baby P's short life, the impact of this case had a far-reaching ripple-effect across the sector. The Children and Family Court Advisory Support Service (Cafcass) had to step up to the plate - because it has been tasked with scrutinising local authorities and advising if children need to be taken into care.

Cafcass' remit is wide-ranging: to safeguard and promote the welfare of children; give advice to the family courts; make provision for children to be represented; and provide information, advice and support to children and their families.

Its director of HR and organisational development, Jabbar Sardar, explains: "Cafcass has seen 10 times as much work coming through every year since Baby P. But this has been done with fewer staff - and we had to close 20 offices."

In spite of a soaring caseload and even in the wake of Baby P, Cafcass was forced to cut 100 jobs (it now employs 2,000, including 1,100 social workers) in a bid to balance its budgets following the huge pressures caused by a surge in care applications. As a result, it had made net annual savings of £2.7 million by the end of the 2010-11 financial year.

Sardar adds: "We made a commitment not to cut any frontline staff, but we have an annual budget of £128 million and we have to balance this. This means we have to constantly transform and constantly streamline."

The organisation was set up in April 2001. Its role is enshrined in law under the provisions of the Criminal Justice and Court Services Act 2000, which brought together the family court services previously provided by the Family Court Welfare Service, the 'Guardian Ad Litem' Service and the Children's Division of the Official Solicitor's Office.

Cafcass' social work staff operate in the family courts and deal with a range of questions there, such as when children are subject to an application for care or supervision proceedings by social services (public law), during an adoption application (public law) or when parents who are separating or divorcing can't agree on arrangements for their children (private law).

Sardar joined Cafcass in 2006, as head of HR. It was an organisation with an HR department he believed was not aligned to the strategy of the business at all - and operating in a reactive way. But he quickly adopted the HR business partner model, putting 10 business partners into offices on the frontline. As the organisation changed, the HR department grew in capability and Sardar was promoted to director level (in 2008), the challenges mounted up.

"Last year, I lost 16% of my budget," says Sardar. "And with offices closing, more work coming through, engagement to boost and change to manage, the challenge was unparalleled."

But he adds: "This is the most exciting time to be an HRD. For me, it has never been about budgets - we have 150,000 children to serve. We have to put them first.

"This is an extremely challenging job, dealing with emotional issues. We are very different to an administrative local authority. We are like the police and employ frontline staff."

And over the past year, while keeping the needs of the children at the heart of its strategy, the organisation has boosted employee engagement and reduced sickness absence by 30%.

"In social work, there is a diminishing pool of talent," says Sardar. "The Baby P news made a lot of [would-be] social workers think it is too hard. So sourcing the right talent is a challenge for us."

But he adds: "We are at the cutting edge of social work. Half of our staff are over 50 years of age. Their jobs are tough. They have to be challenging and check facts and policies to ensure they are right. They find themselves scrutinised by lawyers and judges and are expected to give professional judgements."

And, as is fitting with a cutting-edge social work frontline, Sardar runs a department he believes compares well as an HR service.

"Despite losing budget last year, I made achievements in absence and engagement, by putting case-work with business partners, sharing the risks of our work with them. I think it is important to adopt a culture of high performance and accountability. I decided I would always develop and support my staff, but never blame them."

But in saying that, for HR staff at least, Sardar concedes: "You have to be good or outstanding to survive here."

This is evident in the fact that, since his joining the organisation five years ago, Sardar says only five of the original HR department of 26 remain. "I want a transformational HR team," he says. "When we restructured HR to business partnering, some staff realised they were not right for this. I talk to every employee in the HR team every week, so they feel they are getting messages directly from me.

"I have one thing on my mind and that's the child. I ask staff: 'What have you done for the child this week?' This is our bottom line. This is what is crucial for me."

His CEO Anthony Douglas has described Sardar as "a creative mix of pragmatist and perfectionist". In line with this mantra of keeping the needs of the child as the organisation's bottom line, Sardar asserts: "Our staff have got to be more productive. I believe 90% of staff time should be taken up doing social work and we have to be more efficient in getting frontline social workers to see children."

Cafcass is poised to launch a technology platform in association with HR software provider MidlandHR in October, to manage payroll and online recruitment. And to prompt efficiency among its workforce, the public body is considering providing its entire frontline staff with laptops, BlackBerrys and electronic case files (rather than paper documents). This means while they are in court waiting for a hearing they can be working.

HR overhaul aside, the Cafcass we see in 2011 is dramatically different from the organisation formed 10 years ago. Since 2001, people have been 'TUPEd' in from 117 other organisations. But the future of Cafcass, like the rest of the public sector, is uncertain.

The Family Justice Review Interim Report, published in March this year, recommended that 'only in cases where parents are unable to agree about a specific aspect of a parenting agreement, or in cases where an exemption is raised by a trained professional, will one or both of the parties be able to apply to court for a determination on a specific issue. Safeguarding checks should be completed at the point of entry into the court system.'

At present, these checks are completed by Cafcass, but the Review states this should be a function of the Family Justice Service in future.

It continues: 'The number of hearings is increasing, caseloads in Cafcass have increased to the point where it is hard for it to carry out work on all cases, and ever more expert assessments are being ordered. The Family Justice Review recommends court social work services should form part of the Family Justice Service, subsuming the role performed by Cafcass.'

So if these recommendations were to be adopted, this could mean more cuts to Cafcass' budgets and headcount.

Sardar isn't sure of the future of the organisation, but he explains: "Some HR directors think 'we are going to be cut, we need to become technical'. But I don't think that was ever our job. Our job is to make sure every manager 'can'. Some HR directors have lost this perspective and have become reactive, rather than proactive.

"I don't just do HR. I do HR plus. I have my antennae in the business and I am critical. I make operations my business and [in return] the other directors make HR their business. I am at the heart of everything with a long-term picture. How many HRDs can say that?