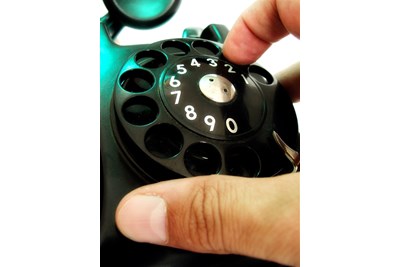 Thanks to technology, there are more ways than ever before to connect with your employees. Formally worded letters have given way to emails, text messages, newsletters, magazines, intranets, social networks and online ‘meeting hubs’.

Should they so desire, HR directors could communicate with staff through a different medium every day of the week.

The range of available options means that internal communications are faster and easier to distribute. This can be a double-edged sword, as Tina Vale, HR manager at franking machine firm, Neopost, found out when she set about revolutionising the company's internal messaging.

"There was no central control over internal comms and different parts of the business would communicate in different ways and at different times," she says. "Nobody was checking the messages going out." The result was disengaged staff bombarded with a scattergun approach to messaging, with no uniformity or quality control. "People didn't understand the strategy of the business," Vale says. "They turned up and did a good job, but they didn't understand why they were doing what they were doing and how it all fit together. I started seeing themes coming through that meant internal comms just were not working."

Having identified the need for central control, Vale took responsibility for it and overhauled the company's strategy.

Filling inboxes with one email full of corporate jargon after another is not going to grab any staff member's attention. But the nature of HR comms means a degree of formality is required sometimes, so the challenge is to strike a balance.

When it comes to deciding how to communicate, "a lot of common sense is needed," says Sara Edwards, VP HR at luxury tourism firm, Orient Express. "What is the importance of the message? At what speed does it need to be communicated?" These two factors can often help ascertain the best method. An announcement on employee salaries or benefits is not necessarily ideal fodder for a company Twitter feed and best communicated by letter - but speed may be of the essence, so in this case an email might be the right solution. An announcement about dress-down Friday, on the other hand, is perfect for a light-hearted intranet update or social feed, and sending it through the post to employees or cluttering over-stuffed inboxes with reminders to leave the business attire at home is unlikely to strike the right tone.

There is certainly no shortage of options for HR and communications directors. Vale says Neopost has embraced a range of tools, including newsletters, magazines and 'e-shots' - sent out over email, but limited to four a week and sent after 5pm. "These are colour-coded - news, for example, is blue," she says. This means when the email appears in staff inboxes, they immediately know to what it will relate.

The question of who has control over internal comms can be problematic for firms, as there is more than one natural home for the discipline. HR directors, as guardians of the staff within the firm, have a compelling case with which to lay claim to internal comms, but corporate communications or the PR department can have an equally strong case to take ownership.

For organisations with both an HR and a PR department, the load is often shared between the two. "Corporate communications are professional specialists," points out David Gillies, HR director at electricity and gas market regulator, Ofgem. "But if you look at the messaging from HR, it can often be quite formal and sensitive stuff that is being communicated." The obvious answer is for both departments to work together, with an understanding of each other's strengths and areas of expertise. This means harnessing the creative expertise of the communications department when it comes to deciding through which method to communicate.

Where responsibility is shared between the departments, HR can often end up as the 'angel of death', only communicating serious or negative messaging. "Our messaging does tend to be about formal things, and take a formal tone, so there is a risk," admits Gillies. "The problem we have is that if that is how HR is seen, it is not engaging with the audience very well."

Edwards suggests messaging that could be taken as negative - restructures and redundancies - should be communicated face to face to the members of staff affected first. "General communications cover the outcome at the end of the process, and there is always a reason why a decision has been taken," she says. "People need to be kept informed throughout, so when a restructure or similar is happening, the messaging is confirmation, rather than them hearing about it for the first time.

"That approach is very important. If we do have bad news to deliver, that happens face-to-face with the people affected."

But internal communications do not always have to come from HR or corporate comms. Scott Bowers, director of communications at the Jockey Club, says while primary responsibility for internal comms falls into his department, with strong support from HR, the nature of the organisation means that employees are scattered in different locations, some PC-based but many non-PC based.

"We often use senior executives or elect peer 'champions' within the group to be the mouthpiece," he says. "Firing off missives from head office isn't the way forward." Using localised spokespeople means that internal comms can be more relevant to staff, who may simply switch off at yet another email from central headquarters.

"But it shouldn't stop there. Internal communications need to network with all functions and take into account operations, finance and strategy perspectives and views as well."

Wherever the communications come from, however, quality and consistency have to be maintained - think back to Vale and her challenge at Neopost and the bombardment of messaging from all quarters. A shared 'voice' is essential. In this case, organisations may invest in a PR agency to help handle their internal comms and put a framework in place that they can then stick to.

"While comms and HR drive various initiatives, we often use senior executives or elect peer 'champions' within the group to be the mouthpiece.

"The only way to strike the right balance between comms and HR is to work together from the outset on the objectives, strategy and programme for internal comms, so there is real buy-in and a shared sense of responsibility.

"Then, by agreeing clear roles and some good processes right upfront, you can take a partnership approach to delivery."

In my experience, clients who do actively involve their PR partners in internal comms are often doing so to bring some excitement or glamour to the mass workforce around one particular piece of news, once in a blue moon. The overall outcome is often 'noise' rather than communication on any significant level.

"This can undermine what PR can bring to the table for internal communications.

"The ideal answer is definitely a partnership. HR knows the employees, the business, the delicacies and the intricacies, but PR knows how to build and deliver a message, drive engagement and has an armoury of sophisticated methods of communication.

"Quite often, the information owned by HR is functional and needs to be communicated day in, day out, with no frills. Companies need to look at where PR can also play a role and work alongside HR to reinforce corporate messages, reputation and information delivery."

As the figurehead of the organisation, the CEO or MD will have his or her own distinct style of leadership. Wherever possible, this should be reflected in internal communications. "To be effective, this is a must," says Mike Morgan, CEO of PR agency, Red Consultancy. "Employees have to trust the person at the top and to do so, they must believe that person understands them and their world."

Morgan cites Sainsbury's CEO Justin King, saying: "He is particularly effective at having a clear point of view, which has clear resonance onto the shop floor. He effectively articulates what the organisation expects from its employees - and how it supports them."

Kevin Taylor, past president of the Chartered Institute of Public Relations and founder of Robertson Taylor PR, agrees: "Creating a trusted voice internally that reflects the leadership and style of the organisation is a vital part of getting the message home to a group of people who have an enormous impact on your success."

It helps if the leader can get involved in internal communications. "Our MD has an acute awareness of his target audience and he does prepare a lot of his own material," says Neopost's Vale. If the leader is an effective communicator, the HRD or comms director can sense-check their material before it is presented.

Morgan adds: "The simplest methods are the most effective. Open letters and town hall meetings led by the CEO that deal honestly with current business reality and invite questions and suggestions can, over time, really build trust. Tone of voice is key, and this is where the authentic voice of the CEO must come through."

When it comes to comms planning, Taylor suggests the HR and PR departments work in partnership to create a brief for internal comms output, including topics and tone of voice.