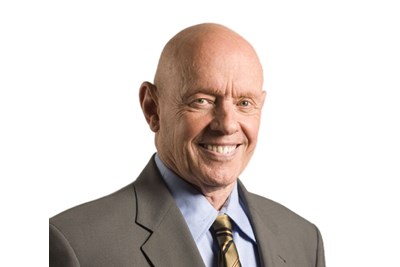 Stephen R Covey, influential author, academic and co-founder of global performance improvement company, FranklinCovey, died today, due to complications following a bicycle accident in April. He was 79 years of age.

Covey made a decision early on that his life’s work would be as a teacher. Beginning with his role as a professor of business at Brigham Young University in Provo, Utah and then as an internationally renowned author, speaker and consultant, he has impacted on the lives of millions worldwide.

From school pupils and university students to Fortune 100 CEOs and heads of state, he made the teaching of principle-centred leadership his life’s work.

Covey was recognised as one of Time magazine’s 25 Most Influential Americans of 1996. He is the author of a number of acclaimed books, including the international bestseller, The 7 Habits of Highly Effective People, which has sold more than 20 million copies in 40 languages throughout the world.

In 7 Habits, Covey argues against what he calls ‘The Personality Ethic’, something he sees as prevalent in many modern self-help books. He instead promotes what he labels ‘The Character Ethic’: aligning one’s values with so-called "universal and timeless" principles.

Other bestsellers include First Things First, Principle-Centred Leadership, The 7 Habits of Highly Effective Families and The 8th Habit.

In 2002, Forbes named The 7 Habits of Highly Effective People one of the 10 most influential management books ever written, while Chief Executive magazine recognised it as one of the two most influential books of the 20th century. Covey received the Fatherhood Award from the National Fatherhood Initiative, was named Speaker of the Year, received the Sikh’s International Man of Peace Award, and The National Entrepreneur of the Year Lifetime Award for Entrepreneurial Leadership.

In 1984, Covey made the decision to leave full-time teaching as a university professor to establish a business organisation, Covey Leadership Center, to take principle-centred leadership throughout the world. From the inception of that business, Covey’s focus was on writing and teaching, leaving the leadership and management of the business to others.

In 1997, Covey Leadership Center merged with FranklinQuest, to form FranklinCovey, a global performance improvement company that operates in over 125 countries. From the time of the merger to his retirement from the board last year, Covey devoted all of his time and effort to writing and teaching.

In 2010 and 2012, Covey was ranked number two in HR magazine’s 30 Most Influential International Thinkers.

To Covey, more important than his professional work was his ‘work’ with his family. He was a devoted husband, father and grandfather. Covey was a practising member of the Church of Jesus Christ of Latter-day Saints (Mormons). He served his obligatory two-year mission in England and was first president of the Irish Mission of the church, starting in July 1962.

Bob Whitman, chairman and CEO of FranklinCovey, said: “We lost a dear friend.

"Stephen was one of the world’s great human beings. His impact is incalculable and his influence will continue to inspire generations to come.”