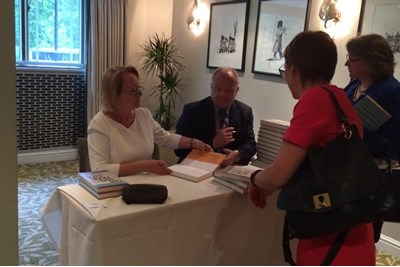 Employers must support a radical “redefining of time” to stay competitive as people live longer, according to Lynda Gratton and Andrew Scott, London Business School professors and authors of new book The 100 Year Life.

Speaking at a special HR in the Boardroom event to celebrate the launch of the book, Gratton and Scott explained how the way people currently order their lives – in the three stages of education, work and retirement – emerged in the context of the industrial revolution and no longer makes sense in light of increasing life expectancies.

As people live longer the second stage has to be extended in order to fund retirement, explained Scott. This will become undesirable and untenable, particularly if we cling to the concept of a career for life (where a person achieves their highest level of seniority and responsibility directly before retirement), he explained.

“This is a gift; this is potentially one of the greatest gifts we could give,” he said. “But if all you do is extend that second stage that’s miserable.”

Instead people are “redesigning their lives” so that they might return to education, take a career break, change their career, scale their job back, or move sideways at any life stage. “Most people see this as about age, but we say it’s about longevity because we are going to redesign the whole of life,” said Scott.

“Rather than thinking about retirement at the end of life why wouldn’t you [include more leisure time] all the way through?” asked Gratton, adding: “Recreation was something the industrial revolution created. You were so exhausted all you wanted was a holiday. But now that’s not the case why wouldn’t you take a more blended approach? Why wouldn’t you want to go back into education to improve yourself?”

Gratton explained that new life stages, which might be entered into at any age, are already emerging. These include ‘the explorer’ and ‘the independent producer.' Regarding the latter Gratton said: “We’re increasingly seeing it’s not about finding a job but creating a job. We think this is a really important stage.”

Gratton and Scott agreed that the pressure on organisations to support this very different approach to life and work will come from individual employees. “I think this is a huge agenda but it’ll be led by human experimentation; the more nimble firms will respond,” said Scott of the need to retain talent by accommodating this shift.

“This will start with certain individuals demanding a more flexible approach, and you’ll make side deals. Then you’ll get stung by these side deals and have to make it procedural,” said Gratton.

Scott added that he predicts this radical shift will present significant legal and policy challenges for government. “I think there’ll be a long political battle around this,” he said.