It's time for financial firms to “walk the walk” on diversity 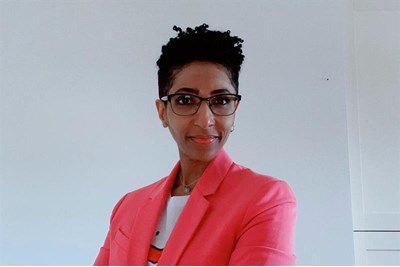 It’s almost outdated to speak about how important the issue of diversity has become in our professional lives.

The fact that firms need to work to encourage diversity, as well as work to create equitable access into their professions for employees from a diverse range of backgrounds, is now commonly held wisdom.

It’s a heartening and hard-won development which ultimately lays the foundation for a more diverse and representative workplace, with all the benefits that brings to employee wellbeing, profitability and ultimately society as a whole.

The push for diversity has been most keenly felt in some specific sectors – not least the financial services industry. With a long-standing reputation as one of the least diverse sectors, it’s now impossible to imagine that any reputable organisation within the sector would not have a diversity and inclusion policy in place, in some form.

Appreciation for the importance of diversity and inclusion may be at an all-time high, but the question employers within the financial services space are increasingly faced with is why this shift in positive sentiment has yet to translate into tangible change.

Recent research from management consultancy firm Oliver Wyman shows that women are still under-represented in the most senior roles in financial services organisations, with 20% representation on executive committees and 23% on boards.

Meanwhile, a 2018 report from research firm Randstand found that fewer than one in ten management roles in UK financial services are held by people of colour.

There is then an increasingly apparent gap between the sector’s rhetoric and the “on the ground” action undertaken to address this lack of diversity.

This is perhaps understandable – shifting corporate rhetoric and internal policy is one thing but affecting real change is another. And make no mistake, drastic action is needed, such is the scale of the systemic barriers against genuine diversity.

This must ultimately amount to a co-ordinated and cohesive effort from all organisations, from the largest global brands to boutiques and niche service providers, underpinned by a genuine effort to implement policies that would today likely be described as radical.

That means long-term and far-reaching work, underpinned by significant investment and manpower. It means directly reaching potential candidates from underrepresented groups and facilitating not only their entry into the industry, but also their ongoing professional development. It means a programme that doesn’t stop when an employee changes role but continues to support them in their career as they grow and develop.

Most of all, it means undertaking the groundwork that brings about a meaningful shift in individuals’ perceptions, empowering them to feel that they can pursue a career in financial services.

All too often, the barrier to entry in financial services is a mental one on behalf of the candidate. If more people feel empowered to enter the industry (or indeed any other industry) then change, after time, will follow.

The pace of change should ultimately accelerate – as more candidates from diverse background progress in their careers and ultimately become the leaders and influencers of tomorrow, those perceived barriers to entry to the industry are broken down for the next generation of candidates.

Ultimately, the sector has work to do in changing both how it supports a diverse range of candidates, but also how the industry itself is perceived. It’s no mean feat, but it’s time for firms to walk the walk on their diversity commitments, to bring about the change we all need.

Faizah Tahir is diversity, inclusion and wellbeing manager at OSTC