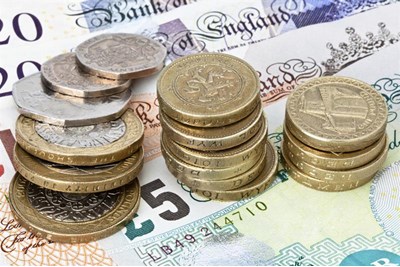 The evidence from the key experts (MARKIT, 2013) and the Bain Review by the Resolution Foundation (2014) was that there is no effect to unemployment in the economy with the Living Wage Foundation ...

The government has announced how its national living wage will be enforced, but will this be good or bad for business?

The big surprise in George Osborne’s budget in July was the national living wage. Starting at £7.20 an hour and rising to £9 by 2020, it will replace the £6.50 minimum wage for workers aged over 25 in April.

In early September business secretary Sajid Javid indicated how this initiative will be enforced. Fines for non-payment will double and penalties will rise from 100% of unpaid wages to 200%, up to a maximum of £20,000 per underpaid worker. The enforcement budget will be increased and a new HMRC team will take criminal prosecutions for deliberate non-compliance forward. Anyone found guilty will face disqualification from being a company director for up to 15 years.

The new team of compliance officers will investigate the most serious cases of employers not paying the national minimum wage and national living wage, and the team will have the power to use all available sanctions – including penalties, prosecutions and naming and shaming the most exploitative businesses. And there is suggestion that consistent non-payment could result in greater ramifications.

“If there are cases of suspected widespread non-compliance then we would expect the scrutiny to increase,” says retailer Oliver Bonas chief operating officer Tim Hollidge, adding that he’d expect this to be especially around ‘cash in hand’ and the self-employed.

So far so sensible. Yet the recent clarification of how stringently the new rates will be enforced has thrown into even sharper relief the debate around potential negative effects for businesses.

Former Sainsbury’s chief executive Justin King told the BBC that the policy will mean employers seek to make their workforces more productive, leading to fewer jobs. Some businesses have announced plans to deal with the additional costs; Costa Coffee owner Whitbread has said it will pass these costs onto customers and raise prices.

A survey of employers published by recruitment company Manpower in early September found that employers are already scaling back recruitment plans in the fourth quarter of 2015, and suggested that some firms will try to bypass the legislation by taking on more younger or self-employed workers.

Employment partner at law firm Weightmans Jawaid Rehman says there is uncertainty around the impact the national living wage will have, especially

in light of such tight controls. “Employers are effectively losing a large element of control over what they pay some of their staff,” he says. “They may have to make difficult organisational decisions that could necessitate contractual changes, for example reducing or stopping bonus payments and cutting back on other employee benefits. Such changes could lead to complaints from disgruntled employees across the business.”

In particular, employee relations issues might arise where workers’ wages have been inflated to be level with their supervisors’, he says. Any consequent increases in salary could lead to additional economic pressures on organisations, Rehman adds, especially those in industries with razor thin margins and lower wages, such as hospitality.

“It will put immediate pressure on some employers,” agrees Paul Sellers, pay policy officer at the TUC. “It will mean businesses paying more, and this is likely to come out of reduced profits or increased prices.”

But economic conditions mean this isn’t a disaster, even though some employers will inevitably feel the squeeze, he argues, adding that stiffening the penalties for non-compliance is likely to be effective. “If employers don’t want to see their names in print they will have to play their part,” he says.

Companies concerned about how they will absorb this extra cost could look to those already signed up to the Living Wage Foundation’s rate. This voluntary rate is slightly higher than the government’s national living wage, at £7.85 per hour and £9.15 in London, and is applicable to under 25s.

Oliver Bonas is one company paying to this official level. To achieve accreditation the business decided its shareholders would take the hit in the short term, explains Hollidge.

However, looking to such examples as Oliver Bonas and recently accredited supermarket Lidl, for instance, highlights the potential for confusion between the higher rate set by the Living Wage Foundation and the chancellor’s national living wage.

Stephen Uden, head of citizenship at living wage-accredited employer Nationwide, points out how the government’s terminology for the enhanced minimum wage is confusing. “It was originally described as the national living wage, yet it is different to the living wage rate championed for many years by the Living Wage Foundation,” he explains.

“It needs careful explanation to retain the integrity of the higher standard,” agrees the TUC’s Sellers. He states, however, that while the name of the government initiative is unfortunate, the advantages for employers of signing up to the Foundation’s rate still apply, and could become even more attractive for any organisations wanting to differentiate themselves.

Gillian Owen, head of media at Living Wage Foundation founder Citizens UK, confirms that the number of employers signing up to and interested in becoming living wage-accredited is still high. She adds that the government scheme means there is now simply a greater need to inform people of the difference and the advantages of the higher voluntary rate.

Nationwide’s Uden concedes that the enhanced minimum wage might make accreditation more not less attractive, with businesses potentially feeling they might as well pay the now smaller gap between the mandatory and recommended living wage to benefit from some positive PR.

Among the advantages employers could still enjoy by becoming accredited are reputational benefits, as well as the positive effects higher wages can bring – such as low absenteeism and employees being less likely to leave – says CIPD performance and reward adviser Charles Cotton. This results in lower recruitment and training costs, he says.

The effects of the government’s national living wage on businesses will become clearer as more details emerge, and when the initiative comes into force next year, and rises over subsequent years. The key to avoiding negative impacts is planning how to respond now, says Cotton. “Businesses have to think about this early so they don’t make a knee-jerk reaction when it comes in,” he says.

The evidence from the key experts (MARKIT, 2013) and the Bain Review by the Resolution Foundation (2014) was that there is no effect to unemployment in the economy with the Living Wage Foundation rate of £7-85 per hour. The big issue is the hours people work as the lowest paid are also the factor as people on lower pay need to work regular hours to earn for their families. The governments proposed phrase `National Living Wage` is in fact a minimum wage `premium` for those aged 25 and over. Please don't confuse the government's increase in national minimum wage rates for over 25's with the real capability to be able to be employed and survive on the pay rates some employers in retailers and the care sector pay. Morrison’s in stores, Lidl and Asda pay the living wage to recruit, retain and motivate lower paid staff. This means lower paid workers are recognised and engaged rather than exploited. Dr Peter Prowse Bradford University School of Management