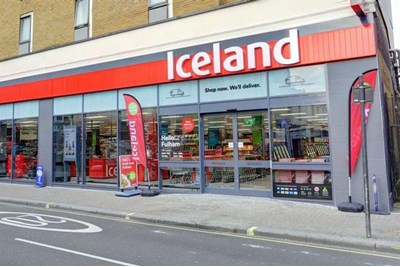 The case revolves around a scheme to help staff save money for Christmas, which HMRC claims caused employees to be paid less than the minimum wage. HMRC had also ordered Iceland to compensate workers who had bought shoes to wear to work, after the supermarket issued advice to employees about appropriate footwear.


In an interview with The Times Malcolm Walker, founder and chief executive of Iceland, said it was “just madness” that a scheme designed to help staff save up for Christmas expenses should be construed as an attempt to avoid paying the National Minimum Wage (NMW).

A spokesperson for the company added that the 'Christmas Club' was “an entirely voluntary scheme that provides no financial benefit to Iceland at all” and that the sums paid into it were ring-fenced and overseen by an independent trustee company. More than £3.7 million was saved and repaid to employees.

Gurdeep Boparai, employment law solicitor at Howes Percival, said that HMRC had taken a ‘tough’ stance and that employers should review their benefits schemes in light of the case.

“This is undoubtedly a worrying case for employers, given that the scheme does seem to be entirely voluntary for employees and not for the employer’s benefit. HMRC appears to be taking a tough stance in its policing of the National Minimum Wage legislation and is not distinguishing between cases involving administrative errors and those where there have been deliberate underpayments,” she said.

“With potential fines of up to 200% of arrears, and the added possibility of facing criminal prosecution, employers may wish to review their benefits and the deductions that they are making to ensure they are not falling foul of the National Minimum Wage legislation in light of this case.”

Arwen Makin, senior solicitor at ESPHR (provider of HR magazine's HR Legal Service), said that normally benefits schemes like Iceland’s would not be considered under minimum wage laws. “The regulations are clear that benefits in kind including employee voluntary schemes such as Iceland’s Christmas Club, with the exception of some deductions for accommodation, do not count towards minimum wage pay,” she told HR magazine.

“Vouchers, stamps or similar documents are included within this exception, which the Iceland Christmas Club is likely to be covered by,” she said. “Interestingly, the guidance also says that payments towards the employer, such as meals purchased from a staff canteen, would not fall foul of NMW [legislation]. Yet deductions, such as happened in this case, would not be covered [by exemptions].”

Other employers could avoid similar problems by paying staff in full and allowing them to purchase additional savings stamps, she advised: “If Iceland had paid its workers in full, but allowed them to purchase savings stamps such as the type offered to its customers rather than making deductions, it would not be in breach of the regulations.”