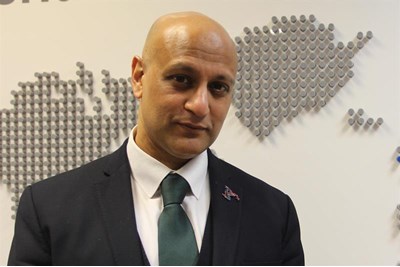 Relationships between employees will happen, and it's not for HR to leave a trail of broken hearts

Love is in the air. Chocolates will be purchased, flowers exchanged and candle-lit dinners will be consumed, all in the name of love on this Valentine’s Day.

Is love in the workplace still a ‘thing’? Well it definitely happens, which is not too surprising given that we are social creatures looking to make connections and the workplace is a place of gathering. Most of us will make an effort to ‘fit in’ and be liked. Working long hours, often together, means we are likely to spend more time with colleagues than any other person outside of work. Working relationships can then develop into friendships and in some cases into something more.

Couples can and do work together successfully. However, a new relationship forming between a manager and a subordinate is a different matter. Some relationships are toxic. The power dynamics create the context for inappropriate advances against relatively junior staff, who may feel pressured to comply so as to not risk their roles or careers. The defence that has been repeatedly put forward by so many accused of sexual harassment is that the relationships were consensual.

It is possible that the accused parties were oblivious to the unequal arrangement, but also likely that they believed their positions of authority afforded them immunity. Sexual harassment allegations dominated headlines during 2018; with many individuals and organisations exposed for creating harmful cultures in which unethical behaviours were taken as the norm.

Once relationships come to an end there can be a fallout in the workplace, as lines are drawn and standpoints become entrenched. This can range from having colleagues taking sides on who was at fault, to awkward long silences when one or both parties are in the same room.

So what is HR’s role? Is it to play cupid? Is it to be the ‘gooseberry’ getting in the way of love? Is it to offer a sympathetic ear when relationships break down? Is it about drafting policies? HR definitely has a major role to ensure that employees feel included, safe and supported in their work and careers by creating environments that enable staff to be the best version of themselves, in or out of love.

New relationships are not always obvious so it is not necessarily the case that HR will be aware of the ‘loved-up’ couple. Rumours and gossip can be the first source of information but do not necessarily mean HR needs to leap into action. The relationship may or may not be anyone’s concern other than the parties directly involved. In this situation some discreet enquiries may be required to establish a few facts.

If the couple are working in different departments then this is not likely to be an issue. And even in the same department relationships could be OK as long as there is oversight of the work, segregation of duties and minimal risk of collusion. HR probably doesn't need a specific policy on managing relationships if there is an existing conflict of interest policy or a code of conduct that clarifies that any conflicts need to be declared and that staff are all required to act in the best interests of the organisation. This policy is likely to have guidance for those working directly together or for one another to address any concerns.

Sexual harassment, sexual discrimination and unwanted attention is never acceptable in the workplace and HR needs to ensure that this is understood across the organisation up and down the hierarchy. The #MeToo platform provides a great opportunity to (re)clarify organisational values of respect and trust. Nobody comes to work to be abused. A clear message has to be sent out by HR, supported by the leadership. There must be robust policies around preventing harassment and discrimination as well as clarity on how to raise concerns confidentially and safely without risk of repercussion. These policies, as is the case with all policies, need to not only exist and be accessible but also communicated and understood.

Love can come unexpectedly at any point in your life, with the most unlikely person. It is one of those things that once you have experienced it you’ll know that what came before was either infatuation or simply lust. So while HR should keep a watchful eye, and remind the workforce that harassment and abuses of power are unacceptable, it shouldn't attempt to control consensual relationships between colleagues.