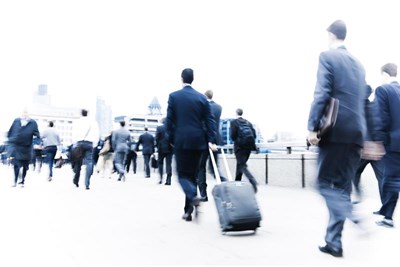 I cannot believe I am reading this! What else is left for HR to claim as its 'role'? No wonder the function struggles for credibility.

Terrorism is nothing new, but in recent times the scale, geography and increased publicity of attacks, as well as the UK’s involvement in the Syrian conflict, have created a new level of awareness. And, for many, a heightened sense of fear.

The chances of being caught up in a terrorist incident are still minute, but in industries that consider themselves to be potential targets – or just within firms whose workers, perhaps because of the amount they travel, have legitimate cause for concern – what is best practice? How should employers communicate with staff, listen to and allay any concerns, and encourage them to carry on as normal?

Start with the basics

The majority of companies contacted for this article (including BA, Easyjet, Hilton, the FA, O2, TfL, a number of popular restaurant chains and some high-profile construction firms) all refused to comment. That’s probably because, with the threat level in the UK classified as ‘severe’, meaning an attack is highly likely, mention of the words ‘security’ and ‘terrorism’ puts businesses on edge.

A basic starting point, however, is the National Counter Terrorism Security Office, which has published industry-specific booklets on security procedures and staff communication. Meanwhile, the Centre for the Protection of National Infrastructure offers practical advice for HR and security managers in its Personnel Security guidance. Both stress the need for good internal communication as well as providing staff with a confidential forum to air concerns.

This is a service offered to employees at the London Legacy Development Corporation (LLDC), the organisation responsible for running the Olympic Park.

“If anyone is feeling distressed about any issues, including terror threats, we have a 24-hour confidential counselling service they can phone to get support,” says HR director Sally Hopper.

“We have actually had a handful of staff come to us with concerns because events have affected them personally – some were affected by 7/7 for example. In such cases those people have received appropriate individual support,” she adds.

She doesn’t believe though that the threat of terrorism in the UK is having any negative impact on recruitment at the park’s venues or at LLDC’s head office, many of whose staff also work in the park.

“It may cause temporary concerns,” she explains. “But we are certainly not seeing adverse effects. People are still applying for jobs and coming to interviews, and some are actually thinking of relocating to London. It’s business as usual.”

On providing general communications for staff safety, Hopper says: “We’ve always used email to brief people on safety issues, but the frequency has increased since the Paris attacks. Our approach changes on circumstance rather than just sending out weekly emails.”

In other industries regular communication and training for staff saves lives. Defensive driving, varying daily routes to work, and making unannounced trips to field sites are just some of the techniques expats living in ‘danger zones’ are trained on, according to Gordon Headley, former CHRO for Tullow Oil.

“Awareness of danger is vital. Before anyone is sent to these areas they have a thorough induction and training both in the UK and in-country,” he says.

“Communication is key to managing expectations, otherwise people don’t understand what they are dealing with and find it very stressful.”

He says that flexibility around staff needs is a must for HR because policies created in a London HQ may not work in a troubled environment. Therefore HR must be prepared to adjust them accordingly.

Headley adds that safety communication and training shouldn’t just be extended to those in the field, pointing out that receptionists can often be the first point of contact in a terrorist incident – something as relevant in Europe’s hotels and office buildings as it is elsewhere in the world.

Similarly to the LLDC, Tullow Oil provides an employee assistance programme that enables its staff to access a 24-hour confidential helpline. Meanwhile, those based in countries with specific risks are offered “a heightened level of support”.

“If someone feels very uncomfortable with a situation we would try to put measures in place to support them further. It’s not helpful to have an employee feeling unsafe, because they won’t be productive and it could cause major distress,” Headley adds.

He says that although a handful of people left positions at Tullow as a result of terrorist attacks, for the most part retention was not a problem. In fact some actually get a kick out of living life slightly on the edge, he remarks. “Those people are almost adrenaline junkies,” he says.

Others that thrive in unpredictable environments are those working on the frontline of travel. It is the pragmatic approach of such staff and their employers that perhaps sets the best example of how to take sensible precautions, but also put the threat into perspective.

Tour operator Explore Worldwide is no stranger to terrorist attacks, having had 16 members of a group abducted in Yemen in 1998. The company employs a small army of freelance tour leaders, but does not offer specialist training in how to cope with terrorist situations.

“We touch on things like being aware and vigilant and direct tour leaders to the Foreign Office’s advice on such situations,” says product and operations director John Telfer.

“Our office staff that go out in the field, and to a certain extent our tour leaders, are exposed to the same level of risk as our customers and we are very careful in the way we organise and run our tours.”

But Telfer adds: “I think there are understandably knee-jerk reactions when these dreadful events occur, and the population feels jittery, but the sort of people that work for us can put these risks into perspective.” For Telfer the key is to be sensible and proactive, and ensure that staff are properly informed.

Business travellers should also be offered full support by their employers, according to corporate assistance firm Collinson Group, which in a recent study found a 52% increase in UK business travel to high-risk destinations in the first half of 2015.

In light of the broadening geographic scope of terrorism, companies should review travel policies and ensure staff have proper guidance, the firm says.

While business response to the threat of a terrorist attack varies greatly, the overall message is clear – it costs nothing to ensure staff are supported, prepared and, crucially, well-informed.

I cannot believe I am reading this! What else is left for HR to claim as its 'role'? No wonder the function struggles for credibility.