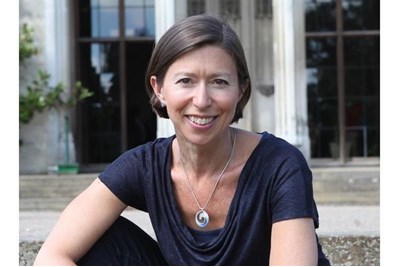 ​HR can transform company culture with its next conversation, according Megan Reitz, author and professor of leadership and dialogue at Hult Ashridge Executive Education,

Speaking on day two of the 2020 CIPD Annual Conference, Reitz explained how conversational habits are what create company culture, based on the findings published in her book Speak Up, written alongside John Higgins.

She said: “We’ve got individual habits, but we also have team habits, and our organisations create habits. And you can think of them as stuck patterns really, in terms of what gets said and what doesn’t, and who gets heard and who doesn’t. And they’ve got huge consequences.”

More from the CIPD's annual conference:

Pandemic has been a "heroic time" for HR, says Josh Bersin

Commenting on the trend in organisations trying to create ‘speak up’ cultures, in which employees can call out problems they see in their workplace, Reitz said leaders commonly make the mistake of focusing on problems with individuals.She said they worry that ‘employees aren’t confiding their issues’ rather than seeking to improve the system of how people speak up.

“The courage to speak up of course is important. But frankly it’s a complete waste of time and resources unless you are also focusing in on the skill of listening, and the skill of inviting people to speak up,” Reitz said.

One of the flaws in the system is what she and Higgins deem the “leader’s optimism bubble” - the phenomenon that means that the leaders higher up in the organisation are more likely to think they have a positive company culture, for example, than those further down the organisational hierarchy.

This optimism bubble is, Reitz and Higgins have found, affecting the culture around employee activism and can be why companies take an apolitical angle to societal issues.

“The idea that to do nothing means you’re not political. Whereas, of course, if organisations perpetuate the status quo. That’s enormously political.”

It can also be seen in a “policy quick fix” – the idea that writing a new cover-all policy will fix company culture.

To avoid these “delusions” Reitz advised leaders to change their relationship with power through awareness, curiosity, unlearning and dialogue.

“First of all we have to be aware of how we relate to power… then we have to turn towards it with curiosity, be interested…then we have to unlearn structural instructions around these labels [e.g. relating to company hierarchy, and assumed power] and what they mean and what it means to be a leader, which many of us still associated with being in charge, being in control, making the decisions.”

The final step to incite culture change she said is to enter into a dialogue about our assumptions and habits: “Which requires us to be willing to have our minds changed to go into conversation, open to being changed. And with a willingness to share decision making processes - a fundamentally different model for organisations to grapple with.”

Reitz concluded: “In order to change these habits that have such enormous consequences we start in our next conversation - in some of the mundane stuff that we do around our choices of speaking up, and especially our choices of who and how we invite others to speak up, and whether we hear them or not.

“That’s where we start to change and alter culture.”