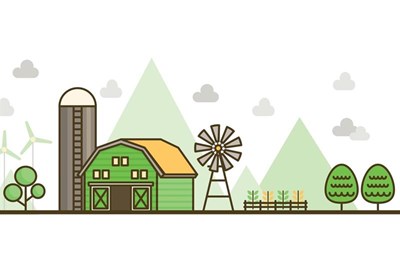 As awareness of climate change grows and its effects are being seen more tangibly, nations, organisations and individuals are looking to renewable energy sources as a way to halt or slow down the planet’s decline.

So the sector is both popular and growing. Not only does renewables’ use reduce pollution, it also provides energy security as countries are no longer reliant on fossil fuel stores or purchasing energy from abroad. They could also help elevate developing countries who may have excess power to sell; former United Nations secretary-general Ban Ki-moon has said that renewable energy has the ability to lift the poorest nations to new levels of prosperity.

Many businesses are working to become partly or fully powered by renewable energy. Reasons range from corporate social responsibility to improving the bottom line. “Being a truly sustainable business is about more than just doing good,” says Hege Sæbjørnsen, country sustainability manager at IKEA UK and Ireland. “We only have one planet and resources are finite, so it’s our responsibility to ensure we have a positive impact on the planet in everything we do.”

IKEA launched its People and Planet Positive strategy a few months ago, which outlines the company’s key targets. It aims to purchase and consume 100% renewable energy and generate more than it consumes by 2020. In 2018 it generated renewable energy equivalent to 42% of what it used.

Carlsberg is another firm well on the way to meeting targets set out in its sustainability strategy. In 2017 it stopped using coal in nine of its Chinese breweries and 46% of its electricity came from renewable sources. It sees renewable energy as a critical part of business. “There is a risk that the cost of utilities such as energy and water will rise in the coming years. Therefore investment in Together Towards ZERO will protect our future and create a more resilient business,” says Maj Britt Andersen, SVP CHRO at Carlsberg.

It will be crucial to ensure C-suite colleagues understand and are espousing the value of sustainability. If leaders aren’t passionate about renewables the workforce won’t be either.

“It has to be driven from the top, and it needs to be embedded,” explains Andersen. “In Carlsberg leadership training was backed up by activities to introduce and reinforce cultural change at all levels, ensuring that everyone understands how important it is to the group that we reach our goals.”

It’s also crucial that environmental objectives are communicated in a way everyone can understand, which is again something HR should be leading on. “Conversations on energy efficiency can often become very ‘techy’. We try to focus on how the savings and progress we make are relatable to employees’ everyday lives. By showing employees why it’s important to make a difference you bring them along for the journey,” says AXA’s chief corporate responsibility officer Sonia Wolsey-Cooper.

Encouragement to adopt renewable energy doesn’t need to stop with the workforce. IKEA launched a ‘Renewable Electricity for All’ campaign earlier this year.

“The ambition was to encourage people to switch to an affordable renewable electricity source, which helps them save money while having a positive impact on the planet; 5,250 customers switched during the campaign period,” says Sæbjørnsen.