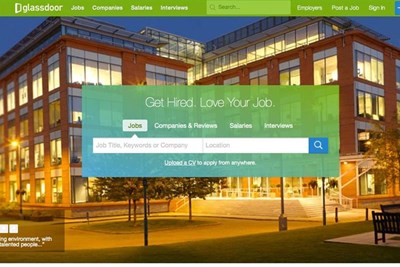 The jobs that scored highest were audit manager, finance manager, and marketing manager.

Glassdoor researchers said the results are an indication of certain roles rising in demand and overtaking HR, rather than HR roles failing to gain interest. For example, data scientist job satisfaction jumped from 3.6 to 4 out of 5, which has helped lift this job from number 17 to number seven.

While HR manager dropped from sixth to 15th, there are more jobs of that description available this year than last (664 jobs compared to 391), and the average salary is £3,250 higher at £49,000 this year compared to £45,750 last year. Job satisfaction dropped slightly from 4.2 to 4.1 out of 5, but other roles' scores have risen across pay, vacancies and satisfaction to overtake HR.

Joe Wiggins, head of corporate communications at Glassdoor, told HR magazine that the findings are not necessarily cause for concern. "This isn’t necessarily bad news for HR. The data is based on factors like job availability and salary, and in that sense it would be difficult for HR to compete. Even in large companies the size of HR departments is much smaller than that of finance or software,” he said.

“The findings do show that technical skills and data skills are becoming increasingly more in demand as organisations prepare for the future. But the fact that HR is still among the top 25 roles, and still has a high job satisfaction score, shows it certainly doesn’t need to scale up to keep up."

Amanda Stansell, economics research analyst at Glassdoor, added: “There’s no question that emerging technologies designed to grow and scale business – such as artificial intelligence, machine learning and automation – are having an impact on the types of jobs employers are hiring for across the country. As a result we’re seeing a spike in demand for highly-skilled workers in 2019."