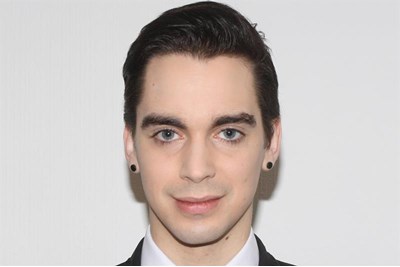 such a nice article, however, i agree we as human beings do not use most of our brains at most. On top of this, i also believe some portions of our brains are not used for our entire life. The issue ...

There is huge potential for improving performance, it just won’t come from a magic pill

Just think about the potential: what if every student and employee had only unlocked 10% of their intelligence, ability or empathy? It sounds greatly appealing. But the problem is it is not true.

This myth is propagated widely, and science fiction films such as Lucy use it as a major plot point.

The science strays deeply into the realms of fantasy though. The truth is human brains are highly involved organs and the human brain has developed and evolved to be extraordinarily efficient and effective.

Futurologists and salespeople love to peddle the idea that workers’ brainpower can be enhanced tenfold by a few easy steps. The truth is we use most of our brains, just not all at the same time.

The human brain has a huge capacity for thought, attention and analysis but is not able to do everything at once. In fact, you wouldn’t want to use 100% at once.

Imagine a situation at work where you could make full use of every single neutron and connection, all at the same time. Try it right now. Think about every breaking news story. Listen to every sound that is going on around you. Think about what you had for lunch today. Consider your tax bill and your relationship history. Ponder your career goals and think about what you would like to accomplish at work in the coming year, and in 10 years. Hold that all in your mind and keep going.

There has been some speculation about the capacity of drugs to alter our states of consciousness or (potentially) improve brain capacity and human performance. Nootropics, for instance, are a group of substances that are said to improve work performance, mental agility or capability.

They could be anything from vitamins and supplements to research chemicals that are only legal because their formulae can be adapted more quickly than the legal system.

Nootropics are gaining in popularity. Innovators such as those in Silicon Valley sometimes swear by a series of pills and potions to keep them feeling good, creative and innovative. It sounds promising, but all seems to delve into Valley of the Dolls territory.

It does sound attractive to think people only use a small fraction of their brains, and the rest is untapped potential. The possible gains in performance, profitability and human potential would seem almost limitless.

Unfortunately, the evidence from psychology and neuroscience shows that people use their entire brain – just not all at the same time. There is huge potential for improving performance at work, it just won’t come from a magic pill or potion. Workers need improved working conditions, opportunities to succeed, good training and great support.

Ian MacRae is director of High Potential and co-author of Myths of Work with Adrian Furnham. Toni-Ann Murphy, research assistant at UCL, also contributed to the above piece

such a nice article, however, i agree we as human beings do not use most of our brains at most. On top of this, i also believe some portions of our brains are not used for our entire life. The issue here is not the magnitude of the usage as you have tried to point by a situation at work. Ability of our brains is not and should not be measured on the basis of collective performance such as full use of every single neutron and connection. its just like having a computer with all programs, a Medical Doctor using the same computer with a Civil engineer will use different programs on the same computer with different interests, still an Electronics engineer and a telecom engineer using the same computer will have different interests on different programs installed in that computer. Measuring efficiency of this computer by application of its programs is wrong. Never the less, even if we all had same brain with same capacity, still utilization of this important organ would differ from one person to another. For me the issue is not the percentage of utility of our brain in terms of numeric such as 10% or 15% but just if we really put this organ to work at its highest limits.