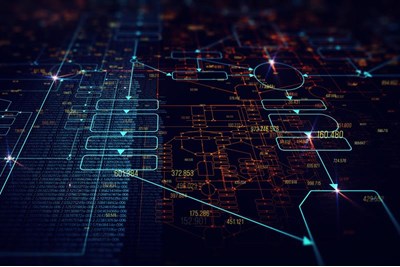 So the Managing Director of a Blockchain advisory company tells us that it's critically important we get on board with Blockchain. Funny that.

Blockchain is “the most profoundly important technology” we have seen since the invention of radio, according to Haydn Jones, founder and managing director of Blockchain Hub.

Speaking at an event on how the latest technologies will affect HR, hosted by the Guild of Human Resource Professionals, the CIPD and Metro Bank, Jones explained the potential the coding technology has to fundamentally change the way transactions within and between companies occur.

He described the way blockchain dispenses with the need for intermediaries who broker, oversee and monitor transactions, citing the Ethereum blockchain platform that writes dedicated smart contracts that are confirmed automatically. Jones gave the example of a company that agrees to keep a product at a certain temperature for a certain amount of time for another party, which can then be automatically credited when they’ve delivered on this.

A platform such as this enables the exchange of services as well as currency, he highlighted, which could fundamentally change the way we do business. “Blockchain will drive completely different business models,” said Jones. He reassured the HR professional audience members that “we’ve been here before and made our way through”, in terms of getting to grips with radically new technology.

However, he warned that “you need to get on board, otherwise the bus will leave”.

Jones urged the importance of getting to grips with blockchain and crytocurrencies “to break through [IT] structures that have just got thicker and thicker over two generations of IT professionals joining and leaving businesses”. These specialists have simply built on complex legacy systems rather than ripping them up and starting again with something simpler and more user-friendly, he said.

Using technology “needs to be like going to a high-class hotel” in terms of ease of use and feeling like things have been carefully tailored to your needs, Jones asserted. “It has to be that kind of an experience, but there are so many things that get in the way of achieving that… We have layers of technology at the moment that don’t really work well together,” he said.

A key future application for blockchain, highly relevant to HR, concerns data protection. Jones explained how in future the technology might allow someone to have a “personal key only [they] can allow access to with all [their] information”. “That solves GDPR,” he added.

Another key HR issue relating to blockchain is being able to pay “digital nomads” in cryptocurrency, said Jones. Businesses will also need to think very differently about the way they work with people, and the employment experience they offer, if they’re to attract the kind of tech talent they’ll need to take them successfully into the age of blockchain, he said.

Jones encouraged the HR audience to visit shared working spaces like WeWork and Second Home to see the kind of environment digital nomads thrive, and want to stay working, in. He described the creativity and constant expertise-sharing found; where people freely problem-solve together. “People say ‘you need to go talk to these people on the third floor’… then those people say ‘don’t worry, it’s a favour',” said Jones. “You just don’t get that in normal organisations.”

In terms of HR keeping up with what skills they’ll need in their businesses in the future, Jones advised: “A telling indicator of where the next trend will be is what the tech guys do in their days off."

Jones said a key way HR can get to grips with blockchain and cryptocurrency is by buying some cryptocurrency themselves. “Get some skin in the game and find out what’s going to happen,” he advised. “That forces you to think ‘why am I buying this? What is it?’ That’s a form of learning because you’re taking a risk that could affect you.”

So the Managing Director of a Blockchain advisory company tells us that it's critically important we get on board with Blockchain. Funny that.

Great piece. Blockchain also raises really interesting questions about trust in organisations. By having a chain of transparent transactions, that can't be individually altered, many of the issues of trust in the employer and employee relationship are reframed. When we no longer need to 'verify' credentials or claims by employees - for example in the hiring process - we can focus instead on value and outputs. Where blockchain can also remove the need for the often expensive and complex jobs of compliance teams, there has to be a potential productivity surge as we can focus resources on to core business knowing that the rules based compliance chain is looking after itself.

'He described the creativity and constant expertise-sharing found; where people freely problem-solve together. “People say ‘you need to go talk to these people on the third floor’… then those people say ‘don’t worry, it’s a favour',” said Jones. “You just don’t get that in normal organisations.” ' - Er - in my experience you DO get that in non-'digital-nomad' environments - anywhere there's a community of small businesses working alongside each other. Just not in multi-nationals!