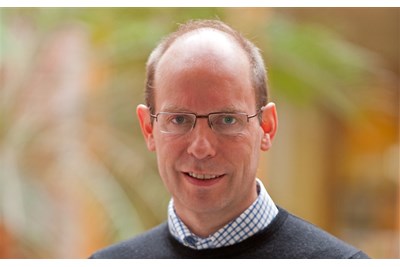 On Radio 4’s Today programme Chris Hobson, chief executive of NHS Providers, defended the thousands of appropriately-handled errors, near misses or incidents in the NHS every day. That’s good to know, but misses the point.

The Francis report rightly spotlights the most clinically critical concerns, but there are wider issues here. Here’s an example: an ill-conceived, well-intended but failed rota change resulted in nursing staff leaving, a huge agency bill, and the manager behind the change saying the nursing staff were ‘dogmatic’ and “not putting the needs of the business first". In my book, it’s got to be pretty hard core ‘dogmatism’ that makes quitting your job the best option. So what’s going on and where was HR?

Regarding another change, I asked one person what the change instigators could have done differently. The answer? “Talk to us, ask us”. She added: “People would be very suspicious though. They pretend to consult us and, to be fair, have listened a bit, but usually if anyone questions anything, the message back is 'we’ve done the thinking. Your role is to implement the change, not to question or challenge'.”

What I consistently encountered was highly-experienced medical staff questioning the requirement to implement practices primarily aimed at cost saving, but to patients’ detriment.

But let’s pause. Francis stresses that “we need to get away from a culture of blame". He adds that: “Managers are so pressured in the work they do, that they react in ways they wouldn’t do normally”. In the less measured words of one of my interviewees: “These managers have forgotten what it’s like to be on the coal face. They are under so much bureaucratic pressure, and they have so much stress, numbers, stats, costs [to manage].”

So there are no heroes or villains. NHS managers are simply doing what makes most sense to them, in the face of targets, constrained budgets and staffing. But Roffey Park’s 2015 Management Agenda, found that ‘targets’ and ‘doing what your manager wants’ are the most common sources of pressure to behave unethically.

So while there may be no heroes or villains, there are certainly victims and there are cowards.

Think of the elderly patient whose visit by the nurse is so brief it can’t begin to adequately address their medical needs. They’re a victim. But so is the community nurse whose workload is unbearable, whose schedule is so tight it’s unachievable, whose sense of guilt at providing inadequate care is crushing, and whose constant stress and poor mental health so intolerable, that they quit the NHS. They too are a victim. And that’s a real person I’m talking about, by the way.

I said there are also cowards. If courage is the opposite of cowardice, now’s the time for courage from HR.

Francis sets out 20 principles to start turning this around. The overarching idea is that “every organisation needs to foster a culture of safety and learning, in which all staff feel safe to raise a concern". Wouldn’t it be great if there was a management discipline that understood all this stuff, how to create that kind of culture, develop that kind of leadership? Anyone seen HR?

In his report Francis stated: “a listening system is a safer system”. I’m hopeful that the listening will now begin. But my fear is that, in being seen simply as management’s implementer of transactions, HR has sacrificed its right to challenge where the listening isn’t happening.

As a profession, not just in the NHS, we’ve made a choice about where we stand, and what our role is. And now there’s another choice to be made. Remain irrelevant or start to challenge. But be clear – after today – if HR doesn’t others will.