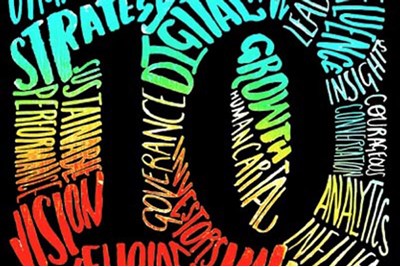 The HR Most Influential ranking, which is supported by Ceridian and Open University Business School, recognises the HR practitioners and thinkers pushing the field of people strategy forward. This year is the 10th anniversary of the annual ranking.

The top 10 most influential practitioners are:

The top 10 most influential thinkers are:

5. Veronica Hope-Hailey, dean and head of school, University of Bath

Neil Morrison told HR magazine that over the last decade perceptions of HR have changed. “HR is more involved in business decisions, it is closer to the centre of the organisation, and that’s something to be prized and cherished,” he said.

Rob Briner called on HR to move away from fads and fashions. “Things like engagement and talent management can cause quite narrow ways of thinking about what HR is for," he said. "In the next 10 years my hope is that people will think a lot more about what HR can really deliver, and use that idea in an evidence-based way.”