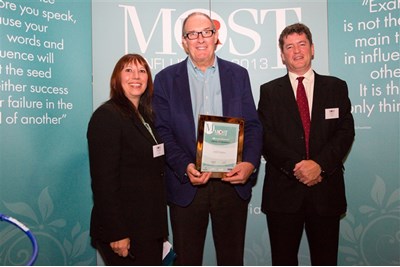 Gratton and Hutton both appeared in the first HR Most Influential ranking eight years ago and have both had a major impact on business and politics.

Gratton has consistently led the "future" debate and truly engages, how tomorrow will transform our workplace.

Via a video link, Gratton said: "I know everybody has related to HR at some point in their career and it's a marvelous time to be an HR person. And it's become very clear to me that human capital sits at the very heart of everything in the workplace."

Accepting his lifetime achievement award last night, Hutton praised the UK's innovators and thinkers for helping the UK economy. "The country is in a corner at the moment and one of the only ways out is to innovate," he said.

The full rankings, as well as profiles of the Most Influential practitioners and thinkers, plus news, video interviews and lots more, will be live tomorrow on hrmostinfluential.co.uk