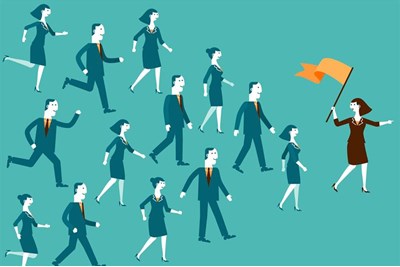 The HR function is becoming more influential in uncertain economic climates, according to a study from the CIPD and Institute for Employment Studies (IES)

The research took insights from four case studies of employers from different sectors to explore the role of people management in times of change.

Researchers noted that Brexit, and the associated difficulties of sourcing and retaining labour and managing new employment legislation, called for a fresh analysis of people management.

When reviewing how different organisations have dealt with change, the study found that new challenges meant HR became an increasingly important part of organisations. It also found that people management is just as vital to the business strategy in organisations in low-paid sectors, such as care homes and retailers, as it is in public sector and higher education organisations.

Duncan Brown, head of HR consultancy at the IES, said the research shows HR is becoming a driving force in organisations.

“In a really uncertain environment the organisations we’ve spoken to have got plans and are delivering them. They’re not just taking things as they come; they are really making the effort to train and develop their people,” he told HR magazine.

"Even in the retail sector we found that the HR professionals we spoke to had plans for every one of their outlets and teams. It's a very positive story."

HR is also breaking away from the more traditional approaches of the past, Brown added.

“You could call it talent management but this is very different to the typical McKinsey style, it is a far more inclusive style. Crucially, not only have HR got plans but they’ve got the metrics to back it up,” he explained.

“The original problem with HR was that it was seen as part of stakeholder capitalism, aimed at keeping things as low cost as possible. We’re now seeing that the reverse is becoming true. For example, the sector is becoming aware of the huge damage that can be caused by outsourcing staff and far more is being done to try and keep people in house.”

The research also found that typically ‘soft’ areas of HR, such as diversity and inclusion and wellbeing, are now being viewed as integral parts of business strategy.

“There has definitely been a move from seeing these concepts as soft HR to now seeing them as critical. The London School of Economics and Political Science was a particularly interesting case in this way. They were already doing a lot to support student mental health and decided to look at how they could do the same for their staff too. And for a university the students are the customers, so this was a really business-savvy approach towards wellbeing,” said Brown.

HR policy is also moving away from the 'say and do’ gap, the report added, as organisations are beginning to act on their values.

“Implementation must be the number one priority for HR. Generally they have made huge strides in this, but we can’t be complacent and have got to continue acting out our values if we want to get to where we need to be,” Brown said.