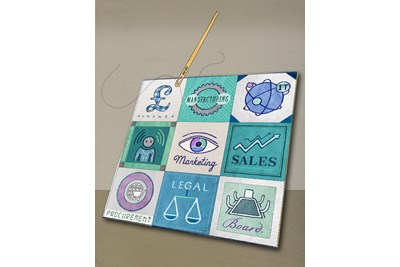 The integrated reporting movement is gathering pace, but is HR missing an opportunity to link people issues to success?

Human capital is rising up the agenda in corporate reporting, but a recent paper suggests quality of reporting is mixed at best. The Smarter Annual Report, published jointly by human capital experts Creelman Lambert and McBassi & Co, looks at the rise of integrated reporting (IR) and the opportunities and challenges it presents for HR.

Integrated reporting, which HR magazine first covered in detail in September 2013, is a more holistic approach to reporting, drawing together a full range of factors from across the business. It measures values across six capitals: financial, manufactured, human, intellectual, social and relationship, and natural.

In the world of reporting, IR is a natural progression, an evolution from the annual report and the separate CSR report, which can be seen as an ‘add-on’ or mere greenwashing. Whereas CSR reports will often contain ‘the people stuff’, an integrated report provides the opportunity to put employees front and centre. Andrew Lambert, one of the authors of The Smarter Annual Report, believes putting people issues in the CSR report is “a sign of immaturity”.

However, according to The Smarter Annual Report, which analysed how well more than 60 global corporations have succeeded in applying the IIRC standards to their reports, with a specific focus on people issues, what is being reported is typically “perfunctory, bland and data light”.

It also found that although IR presents a significant opportunity for HR to take a lead in talking about organisational performance beyond the financials, many HR directors are not even aware of the IR movement.

“We formed the impression that in terms of IR, only in a small minority of organisations does HR have a significant voice,” says Lambert. “Most HRDs don’t know anything about it. HR should take this seriously as it draws their role into question. If HR isn’t there to drive the performance of the company, how is it adding value?”

Mark O’Sullivan, director of corporate reporting at PwC, agrees that while CSR professionals have jumped on IR as an opportunity to “add credibility” to their function, HR has not yet followed suit.

“I have very rarely come across an HR person interested in this agenda as it is badged as reporting,” he says.

But Craig McCoy, head of HR at The Crown Estate, which took part in the IIRC pilot, believes IR “provides an ideal opportunity for HR functions to show how investment in people initiatives can positively impact sustainable business performance”.

“HR and sustainability functions should work closely together in this area, with an emphasis on developing a total contribution model for the business, which goes far beyond the more traditional confines of measuring ROI in pure financial terms,” he adds.

Stevenson agrees that as IR brings together entire teams from across the organisation, it provides “a prime opportunity for senior HR directors to be more involved with influencing how you tell the story of the organisation in terms of strategy”.

As for whether IR will go mainstream, Lambert believes this is a question of when, not if. “The tipping point will be reached in three to five years,” he predicts. “My question for HR is: when are you going to get it?”