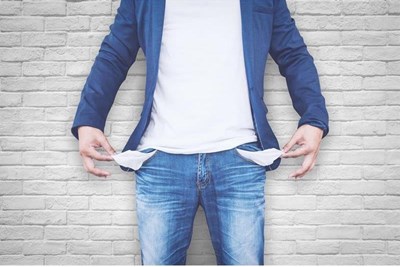 With an average salary of £1,380 a month, HR internships have ranked fifth in the lowest paid internships in the UK, which could risk turning top talent away from the profession.

According to data from investment information company Invezz the highest paid intern role is in consulting with an average salary of £1,700 per month.

“The job market is competitive, which is why internships are a proactive stage of attaining that necessary experience for a step on the career ladder,” said Talveer Sandhu from training company The Knowledge Academy.

With unemployment levels predicted to rise to 2.6 million by mid-2021, it could be more important than ever before for students and graduates to consider internships.

Sandhu added: “In the past, internships have received negative press with many employers not paying their interns accordingly, so it is reassuring to see that many industries are breaking through that stereotype.

“However, it is still abundantly clear that certain sectors need to pay their interns more fairly with a realistic living wage.”

According to job site Indeed, the average internship salary across the UK is £20,715 per year, but often interns receive half of that.

Research from the Sutton Trust also revealed that unpaid internships are rife.

Over a quarter of graduates (27%) have said they have taken on an unpaid internship, with many having to rely on parents, friends and second jobs to get by.

Rebecca Montacute, research fellow at the Sutton Trust, told HR magazine: “As it stands, the responsibility lies with interns to call out unpaid work.

“But in lots of the industries, interns are keen to get contacts to support them in their careers and are afraid of speaking out about not being paid.”

To create the data, Invezz scoured Indeed’s internship positions to collate the location and salary of all job postings and subsequently calculated monthly salary averages.