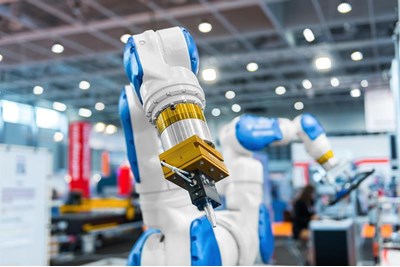 The HR function may have to manage both humans and robots in the future, according to Rob Briner, professor of organisational psychology at Queen Mary University London.

Speaking at the 2017 SD Worx European Conference in London, Briner explained that the future for HR professionals is uncertain. "An integral question they [HR professionals] need to ask is which bits of jobs actually need to be done by humans?" he said. "HR mustn't miss a trick – they need to be considering where HR and tech intersect, and getting involved in designing jobs for the future."

Speaking on the same panel Sandy Begbie, chief people officer at Standard Life, said that HR is being challenged to demonstrate its value. "Robots will change HR's role, and may even challenge its very existence," he said. "Its relevance is under threat.

"However, it could also present an opportunity for us. We may get the chance to automate many time-consuming processes, giving us the time to step up and become a true partner of the business. This will allow the best people in HR to shine."

Jonathan Hime, group managing partner at Marlin Hawk, said people will always still want to speak to a human, rather than a robot, when it comes to emotional issues.

"We cannot hide from the fact that automation and robots are coming into the workforce," he said. "However, you sometimes rely on compassionate leadership. A robot may only allow people to take leave, for example, under certain circumstances. But a human leader will know when to use their emotional intelligence alongside pragmatic factors when making a decision."

Tea Colaianni, NED at Mothercare and Royal Bournemouth and Christchurch Hospitals NHS Foundation Trust, said she doesn't expect automation and AI to replace jobs but to change them. "An example is Adidas, which is considering bringing a factory back to Germany from China, fully automated," she said. "Or the creation and use of ambulance drones, which can offer first aid to people wherever they are, and will be operated remotely.

"It will be a very exciting time for HR. It needs to make sure it is prepared for these changes."