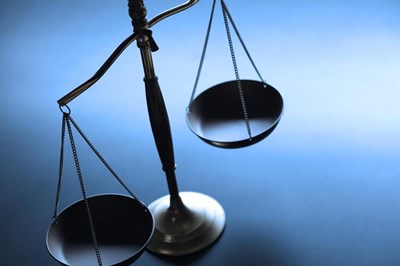 Though employees who take 'duvet days' can now be more easily disciplined, there are some factors to consider

The recent EAT decision in Metroline West v Ajaj could be a welcome wake-up call to employees.

Employers are often frustrated by staff who mysteriously fall ill for the exact number of paid sickness days each year or who feel unwell the morning after a big night out. While many employers may suspect that these absences are not always due to genuine illness, it is often regarded as difficult to take action if the individual has otherwise complied with absence reporting procedures.

In the aforementioned case, however, the EAT held that an employee who ‘pulls a sickie’ is saying that he/she is unable to attend work because of sickness. If the staff member is not actually sick this is a fundamental breach of trust and confidence, and potentially grounds for a finding of gross misconduct. This case is a warning to employees that not pulling their weight could result in summary dismissal.

Before employers start scouring Facebook for evidence of fibbing here are some words of caution:

1. The Ajaj case concerned an employee who alleged that he had slipped on water in the toilets at the depot where he worked. His employer arranged for covert surveillance of him around the times he attended medical appointments, and then got occupational health to compare the footage with Ajaj’s reported symptoms at those appointments. This degree of evidence will not always be present and it will not always be appropriate to consider covert surveillance of employees. Legal advice should be sought.

3. Facebook posts (often those showing staff on holiday during a spell of sickness absence) can prompt employers to suspect that an illness is not genuine. However, it is important to remember that being unfit for work does not necessarily mean that employees are unfit for other activities, particularly in cases of mental illness. It can often be beneficial for people suffering from depression, for example, to take a holiday or socialise and this may be on a doctor’s recommendation.

4. It’s important for employers to treat suspected cases consistently, and to avoid potential discrimination claims by being over-zealous with particular groups, such as younger members of staff.

Lucy Gordon is a senior solicitor at ESP Law. ESP Law is the provider of HR magazine’s HR Legal Service