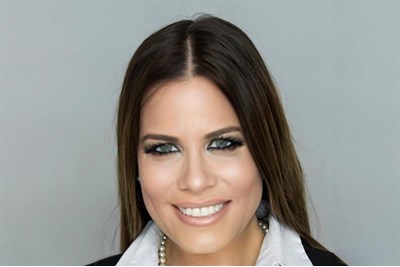 An organisation will rise or fall depending on if it is willing to get out of its comfort zone and lead with courage, or if it will manage with mediocrity and cease to exist

At one point, the slogan 'it's a Kodak moment' was etched deep into every home in the Western world. And so Kodak's bankruptcy in 2012 was nothing short of an organisational tragedy.

Many have written about its fall – experts analysed the sequence of events and business administration faculties in the world's best universities taught the story as a case study.

Conventional opinion is that Kodak went bankrupt because of bad decision-making and reluctance to embrace technological changes. All this is true. But these analyses present a result, not a reason. An in-depth examination of the sequence of events shows that Kodak's tragedy is a direct result of mediocre managers and their various characteristics.

In 1975, Steven Sasson, a talented engineer at Kodak, invented the world's first digital camera. When he presented it to management it was invalidated; they claimed that no sane person would want to see album pictures on a television screen. In a 2008 New York Times interview Sasson described their response as "that's cute – but don’t tell anyone about it”.

For a decade-and-a-half Sasson continued to work on the digital camera in his spare time and in 1989 again presented his managers with an improved model. The marketing department strongly objected, claiming that the digital camera would "torpedo the sale of chemical film". At the time Kodak was the world's leading photography company. Not only was there no fear of this impediment – it could have made millions from innovative breakthroughs.

In 1989, when Kodak CEO Colby Chandler announced his retirement, Kodak's board had an opportunity to make a difference in the form of an innovative CEO. Phil Samper and Kay Whitmore made the final cut of the selection process. Whitmore represented the traditional photographic business, while Samper had affinity and appreciation for digital. The board chose Whitmore. In a statement to the media they explained the choice, saying Whitmore would keep Kodak's core business in films and chemicals.

Samper resigned. Later he made his digital world view a reality when he was appointed president of Sun Microsystems, and later CEO of Cray Research. And Whitmore? He hung in for three-and-a-half years until the board fired him in 1993.

For more than a decade Kodak replaced several CEOs. Each one taking the job accused his predecessor of failing to make the organisation digital, and promised to do so but repeated their predecessors’ mistakes. One such CEO, George Fisher, described the grim reality when he explained to the media that Kodak considers "digital photography as a crazed and evil enemy, that will lead to the death of chemical film and the paper business".

Years later, when Kodak finally decided to adopt digital, many companies overtook it and it was too little too late.

Kodak's story is particularly tragic because, if it was brave enough to listen to the voice within its home in 1975, it might have continued to lead the photography industry to this day. Today, when digital transformation is commonplace, there is no justification for mediocre management in any organisation.

So how can you prevent mediocre management in your organisation?

1. Stop defending the status quo and begin to lead revolutions

Mediocre managers, who do more of the same, do not produce different results but also primarily and gradually damage existing ones. In contrast, assimilating a policy of change shakes up the status quo, upgrades it, adds products and services to the organisational range, generates profitability and keeps the organisation relevant.

2. Encourage your employees to take a different stance

Albert Einstein said that "great spirits have always encountered opposition from mediocre minds. The mediocre mind is incapable of understanding the man who refuses to bow to conventional prejudices, and chooses instead to express his opinions courageously and honestly". Consensus creates creative deprivation and blindness. You want employees who question absolute truths. They are an antidote to complacency and a source of creativity and innovation.

Recruit talent with a different profile to the norm in your organisation, who bring with them knowledge and skills in a variety of worlds. They will bring a different perspective that promotes innovative ideas. You won’t believe what delicacies engineers and artists can cook up in collaborative work.

Navigating the stormy waters of transformation isn’t simple. It requires us to 'eat innovation for breakfast'; to start the day with mental fortitude, positive energy and motivation; and to pass them on. Agile Leaders, who lead their teams with humility, rapid adaptation to change, vision and motivation for action, do it well and benefit the organisation.