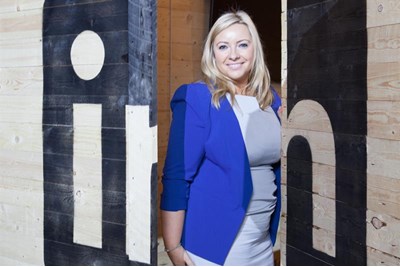 LinkedIn's Wendy Murphy talks about the unique HR opportunities faced by such a fast-changing, global organisation

Imagine joining a company and being told on your first day: ‘You are going to leave.’ Would you be shocked? Or would you inwardly applaud the firm for embracing, not fearing, the evolving employer/employee relationship?

That’s exactly what happens to new hires joining professional networking behemoth LinkedIn. “We say on their first day: ‘Welcome to LinkedIn. You are going to leave’,” senior director HR EMEA Wendy Murphy tells HR magazine at the company’s Talent Connect event, which feels more rock concert than conference. “They may leave in two years, it may be five, it may be 10. But we know the job of a lifetime is gone. We want people to learn the most they can and be the best professional they can be, so when they make the jump, they jump for the right reasons. We like people leaving. We are not afraid of it.”

For all hires, the psychological contract starts with that conversation, as Murphy elaborates: “You’re here to make our company brilliant and help us reach our goals. But equally, you need to demand excellence of us as your employer, so you build your toolkit and, when you leave, you’re a better professional.”

For anyone who’s read LinkedIn co-founder Reid Hoffman’s book The Alliance, in which he introduces the concept of ‘tours of duty’ rather than jobs for life, this attitude will come as no surprise.

Every two seconds, someone in the world joins LinkedIn. It’s a fact that has helped the site reach a membership of more than 400 million people in 200 countries. It’s why its 2015 third-quarter revenues hit $780 million, a leap of 37%, leading to its share price (the company floated in 2011) rocketing 12%. Of all the online networks, LinkedIn will be the one HR professionals around the globe are likely to be most familiar with. After all, it’s the site many talent acquisition teams now rely on, contributing to LinkedIn’s $502 million ‘talent solutions’ business. And while some may have a bit of a love/hate relationship with it (‘work anniversaries’, really?), there is no denying it’s a powerful tool – CEO Jeff Weiner even recently announced the launch of the LinkedIn Economic Graph, which aims to digitally map the global economy, connecting people with job opportunities worldwide and spotting talent trends.

Murphy, who has been with the company since 2013, joining from Caribbean-based telecoms company Digicel, describes its journey as one of “hyper growth”. LinkedIn has tripled in size to more than 9,200 employees globally in her time there. “It’s been a phenomenal journey,” she says. “What comes with that is lots of excitement and the ability to move quickly, but also challenges. How do you maintain your culture and hire the right talent?”

Murphy gets the opportunity to play somewhat of a dual role – something she relishes. “As an HR professional, my job is to source, engage, retain our staff, but I’m talking to my peers as we are selling products and services to them,” she explains. “Being in both areas helps me to be more innovative because I am in constant dialogue around what my peers are doing and what problems they are trying to solve.”

Her focus is on creating a “healthy, scaleable organisation” in terms of talent and culture. That scale means a focus on the international (around 70% of LinkedIn’s membership came from outside of North America last year) and on maintaining the firm’s culture as it grows. “We are trying to take lessons from bigger companies and learn from ourselves,” says Murphy.

About 70% of LinkedIn employees are millennials, who have “no fear”, believes Murphy: “They are all about embracing change. It’s open access and dialogue – there are no barriers. In prior companies where I’ve worked, there’s been a lack of freedom and barriers to communication, and that stunts innovation. I have a huge respect for the millennial workforce. We have a lot to learn from them.”

LinkedIn offers every employee one ‘In day’ a month, with the idea that they use the day to “transform yourself, the company or the community in which you work”, says Murphy. “We know from our data that, for our millennials, having a sense of purpose at work and a sense of belonging is hugely important.”

To embrace more “dynamic” career paths, Murphy’s team designed the Rotate In programme, cited by Hoffman in his book and since rolled out globally. The programme rotates early career employees around the business through a number of functions over six months. At the end of the six months, they have the option to go back to their previous role or pursue another opportunity. It aims to tackle the issue of younger employees “falling into” jobs. “Those [who have been through the programme] become amazing ambassadors,” Murphy says. “And it’s only six months, so as a company and as an employee, you’re not investing loads. It’s a low-cost, high-impact solution.”

Murphy describes LinkedIn as “almost policy-allergic”. “But we do have guidelines,” she explains. “Those individuals with less experience, in their first or second job, do need some guide-rails.” On social media policies in particular, she advises “creating the culture first, taking a risk with your employees and being respectful”. “Once they know what the parameters are, you are setting them up for success,” she adds. “Train them, help with content. In my three and a half years here, I’ve only had one employee go rogue.”

Fittingly for a hi-tech company, the HR business partnering team at LinkedIn is replacing administrative work with data science, with a talent analytics team and a data scientist reporting to Murphy. “It’s about using data-driven decisions to inform our strategy,” she says. “We are trying to scale across EMEA, and that means hiring a lot of senior leaders. We are using data scientists to help us understand what makes a leader successful in our company. Where are the talent pools [in new markets]? What companies have we been successful in hiring from and what companies have we lost people to? We report talent flows.

“It’s about taking that data and building rich insight – what do we need to attract these individuals?”

But the softer stuff that complements the data remains essential: “You start with the data, but the data is not enough. You still need to understand the markets and the core of what motivates people.” When hiring HR professionals, Murphy looks for commercial savvy and agility, but also authenticity. “I find some HR people hide behind policy, that ‘corporate HR’. We are all about being personal and authentic. That resonates more with people, and the insights from those conversations will help us drive better decisions.”

Silicon Valley technology firms often come under fire for lack of diversity, particularly around gender, and this is an area Murphy is zoning in on. “There are so many elements of diversity, but we felt we could have greater traction in a shorter period of time around gender,” she says. “This is nothing new. [Business has] been talking about gender diversity for many years. So it’s: how can we do it slightly differently? How do we learn from the other organisations that have been doing it for 20 years and still haven’t cracked it? The advantage of being in a fast-growing environment means we still have a lot of ability to change.”

Why is the dial so hard to shift, especially in the technology sector? “In terms of talent pools, it has been difficult as females in certain roles just aren’t out there enough,” Murphy says. “And my perception is other companies have tried to do their best, but it has to start with the top. You have to have that investment at senior leadership level, and marry that with a grassroots approach, and that seems to have been a challenge. Changing the mindset is really difficult. It’s easier for companies like us which are smaller and younger.”

At LinkedIn, the number of women in senior leadership positions has doubled in the past 18 months. “When you make people accountable for driving it, you’re able to make that difference,” Murphy believes. Every LinkedIn exec leader, from CEO down, is a sponsor of the firm’s WIN (Women at LinkedIn) initiative. Inclusion workshops have been rolled out worldwide, hiring slates have been refocused on gender diversity and a piece of work looking at internal promotion patterns carried out. “I don’t believe in forcing mechanisms,” says Murphy. “For us, [targets] are not something we want to do. It can sometimes drive the wrong behaviours, as you’re doing things to reach the target rather than for the right reasons – which is, if we have diverse thoughts, we get to create amazing things.”

Beyond gender, with her remit covering 10 countries including the Middle East, Murphy is responsible for a “diverse set of individuals”. “It’s about trying to ensure we have this inclusivity – being sure everyone, regardless of where they are based, feels that they can be themselves at work,” she says. “It is a balancing act, particularly in the Middle East: how do you make sure you are respectful to the local culture, embracing the goodness there, but that we don’t change our culture? But if you go in with authenticity and are transparent about what you want to achieve, it’s easier.”

And as the company continues to expand organically, Murphy of course has a not-so-secret weapon in the platform she knows so well. “We know where the talent is. I can find people in 10 seconds. I do” – she smiles – “have a bit of an advantage.”