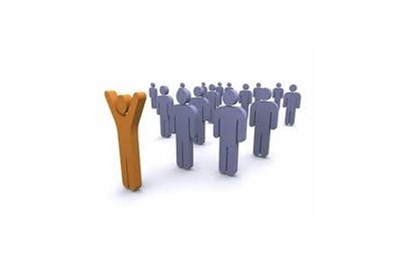 Branching off on your own is not as easy as it sounds. As well as guts you’ll need to look at work from a whole new perspective

For Esther O’Halloran, former HR director and latterly managing director of French bakery chain Paul UK, it was the nagging sense of ‘what if’ that made her take the plunge.

In February last year, after more than 20 years working full-time in business and over 10 in senior HR and MD roles, O’Halloran left Paul to set up her own consultancy business, EOH Business Solutions. “It’s been a roller coaster – in a good way,” she says. “I love the freedom and variety.”

She’s not alone. While it’s hard to find exact figures on how many HR directors strike out on their own as consultants, anecdotally the number seems higher than for many other functions. Occupational psychologist Mark Parkinson, who specialises in studying entrepreneurs, says he suspects more HR professionals choose to go it alone than from other business areas, apart from people with highly specialised, in-demand technical skills. “Everything revolves around contacts, communication and being able to build relationships, and arguably that’s what HR is good at,” he says.

Michael O’Keeffe is former HR director for franchising for fast food chain YUM International and now runs innovation consultancy The Innovation Beehive. He believes HRDs often choose to leave and try something new because there is little room for progression once you reach HRD level. “Where do you go from HRD?” he asks. “You can move industries, but there are only a few group HRD roles and HRDs rarely move into CEO positions. It’s quite a relentless role, which is often misunderstood by the organisation.” He adds that people who work in HR at a senior level also tend to be “naturally curious about the world and like to explore new avenues”.

But leaving a high-powered job in a large organisation to set up your own business comes with its own set of challenges. While many might dream of leaving the daily grind behind and romanticise the idea of being their own boss, it’s certainly not for everyone, warns Parkinson. “People who have reached the top [in their functional area] often think they’ll be brilliant, but it doesn’t work like that,” he says.

“You might not be suited to it from a personality perspective.”

According to Parkinson, there’s a number of traits that will increase your chances of success (only a third of people starting their own company are still in business after two years). You need “superb” communication and influencing skills, you need to be resilient, self-disciplined, and be “exceptionally results focused”. Coming from a director-level role means you may have a great handle on strategy, but now it will be more about the “nitty gritty”. “If you’ve been at the top of an organisation, you will have been
thinking about directional stuff and strategy,” Parkinson explains. “When you’re alone, you have no idea what you’ll be doing in six months. Forget the strategy and get down to the tactical. Switch how you think.”

That also applies to the kind of work you’ll get involved in, which can be a challenge. Andrea Cartwright, HR director at retailer SuperGroup, worked as an HR consultant running her own business for five years, before going back into HRD roles in large organisations. She says going into consultancy often means “going back to your hands-on HR experience” compared to the strategic level work you would have been doing before. “How mentally stimulating is that and how rewarding in terms of job satisfaction?” she asks. Personally, she enjoyed five years of working with a wide range of organisations, before deciding that while the work she was doing was interesting “it wasn’t challenging or stretching me”.

However, for O’Keeffe the stimulation comes from working on a wide range of different projects across the world, which he feels lets his creativity run riot. He adds that to succeed on your own means you have to be able to “challenge positively” and “understand internal politics, but not want to play them”. Parkinson agrees. “Are you the kind of person who is prepared to challenge other people?” he asks. “You have to be a bit more pushy than you do inside an organisation. The customer is rarely ever right and you need to push them in the right direction.”

But Cartwright adds that while challenging and making suggestions, you also need to know when to let go. “It’s not your business,” she points out. “The company will choose what bits of your recommendations they will implement. That’s quite hard, but it’s not your place to drive things through.”

When you set up alone, there are also the mechanics to get in place. What with VAT, PAYE, corporation tax and the like to think about, there’s a “huge amount of red tape”, warns Parkinson. “If you’re not used to it, get someone else to do it for you,” he advises. “If you are going to do it yourself, it eats into the time you should be spending running the business.”

O’Halloran says one of the major challenges for her was working out what to charge for her services. To figure out a tiered and flexible pricing structure, she looked at her current salary and divvied it up, talked to peers and compared how much she had paid for her own HR services.

And when it comes to money, it’s important to go into things with your eyes open, says Parkinson. “It’s very difficult to know how much you are going to earn,” he explains. “You need some money put away. Never start a business without money or clients.” O’Keeffe says you need to be prepared to earn “a lot less money”. “You find your value in the work, not the day rate,” he adds.

Indeed, having a clear sense of where you draw your purpose is critical. Occupational psychologist Emma Donaldson-Feilder says you need to be prepared for your self-identity to shift. “You need a robust sense of self and not to be reliant on external sense of self,” she says. “Do you get your status from the title? How do you measure success for yourself?” O’Keeffe agrees: “If you get your status from your name on the door and the title of director, this isn’t for you.”

For O’Halloran, a downside has been not having a team to manage. “I miss that intellectual banter around the boardroom table,” she adds. Cartwright agrees that while she found leaving corporate life was refreshing at first, after five years she had begun to miss having a team and “feeling engaged and proud to be part of an organisation”.

That’s why it’s vital to get your support network in place before you leave the day job, says Donaldson-Feilder. “Think about who your social network will be,” she advises. “Who are the people you can use as a sounding board and share ideas with? Plan and monitor that social support. You will be getting interpersonal contact with clients, but it’s not the same as getting support.”

There’s also the issue that on leaving an important role in a large organisation you may suddenly become a lot less interesting to some people. “By yourself, you are not as attractive to people [you worked with]; they wish you luck but don’t want to work with you,” says Parkinson. O’Halloran adds it takes “quite a few months” for people to know that you are available and O’Keeffe recommends spending that time working out exactly what your proposition is and developing your skills.

Then get your café loyalty card primed, as going for coffee becomes a large part of the job. O’Keeffe says he was “relentless in connecting with people”. “When you give stuff out, you get it back,” he says. “Have that coffee, give advice, even if they are not going to give you work.” Cartwright points out that having been on the receiving end of cold calls and marketing emails, any HR director going into consultancy work should know not to waste their time and money. “They don’t even get past the first line,” she says. “Use your network; you’ve got to be incredibly well networked [to succeed on your own].”

Since 2004, the freelance market has grown by 63% in the UK. While some of that has undoubtedly been caused by the recession forcing people to set up on their own, the world of work is changing in such a way that sole trading is only likely to become more common.

Despite going back to an in-house HRD role, Cartwright believes those five years on her own helped give her a different, valuable mindset. “I’m confident enough to know if I lost my job tomorrow, I would be OK,” she says. “It enables you to appropriately challenge issues in a business with a different mindset. It allows you to be a bit more courageous, and that’s a healthy place to be.”