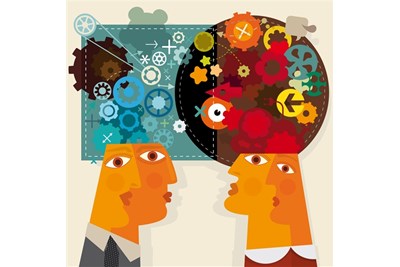 Really great article - We recently caught up with Dr Gary Luffman, a specialist in developmental change, learning psychology and neuroscience, who explains the The neuroscience of learning, memory ...

Neuroscience is a subject many organisations are wary of discussing, despite them probably using its techniques and ideas.

When early man was suffering a surfeit of pressure on the brain – a migraine or a seizure, for example – the answer was often to drill or scrape a hole in the skull. Thankfully, science has moved on since then and we are now able to see inside the brain using scans, rather than by sawing it open. Neuroscience, understanding how the human brain reacts to certain conditions and situations, has become well established in scientific and psychological circles.

It is a diverse field covering, to name a few areas, the study of brain development, learning and memory, the senses, sleep and stress. Now there are signs it is moving beyond the realm of science and psychology, having an impact in real-world applications, including that of business and HR. It is a shift towards what CIPD chief executive Peter Cheese has called “the science of HR”.

“Neuroscientists are getting much better at simplifying what they are doing and explaining it in an easy-to-understand way,” says Ruth Stuart, learning and development research adviser at the CIPD. But is this just another fad? Stuart admits HR and learning and development people need to “look at the findings coming out of neuroscience with a critical eye” and identify the most relevant ones for their organisations.

A number of companies are already using the theories of neuroscience, she adds – sometimes unknowingly and often without admitting to it. She says: “They tend to use more generic terms such as ‘mindful leadership’, or they will package [the neuroscience] as part of a leadership development or training programme.”

From textbooks to the workplace

We can thank David Rock, chief executive of consultancy the NeuroLeadership Group, for much of the move from academic textbooks to the modern workplace. His SCARF model – defined as a “brain-based model for collaborating with and influencing others” – outlines a number of domains of human experience (status, certainty, autonomy, relatedness and fairness) around which our perceptions activate different areas of the brain. This determines how individuals react, stimulating either a “reward” or “threat” – or “fight or flight” – response.

The significance for HR is that much of how the function has traditionally operated will trigger a “threat” response in many people. “It teaches us that much of what modern management does creates a hostile environment for the human condition,” says Jeremy Old, growth coach at GrowthAccelerator. “For instance, neuroscience tells us why top-down command-and-control management, prevalent in so many organisations, generates dull compliance and box-ticking. The essential lesson in an HR context is to understand that, in their natural brain state, people are already motivated and the trick is knowing how to avoid demotivating them.”

There are a number of practical areas where this impacts how HR interacts with the wider business and how professionals conduct themselves. The most obvious is performance management, says Jacqui Grey, managing director, Europe at the NeuroLeadership Institute and a former HR director at Merrill Lynch. “As HR people, we know instinctively that performance appraisals are important, but also that they actually turn people off,” she says. “Most of the time, feedback lands badly, even when it’s well delivered, if people have a fixed mindset and are very resistant. It’s important that people understand what’s needed of them, but what we’ve learned is that people with a growth mindset will make a mistake and learn from it, whereas those with a fixed mindset will resist [making a change] very strongly.”

But are any organisations actually using this insight to overhaul the way they handle performance management? The concept is more established in the US, where networking equipment company Juniper Networks has abandoned traditional performance appraisals and replaced them with “conversation days” between colleagues, peers and customers. “It led us away from a more structured, backwards-looking performance management process that our employees felt was unfair,” says EVP of HR Steven Rice. “It is a very neuroscience word, but it creates an ‘open mindset’ and increases relatedness and autonomy.”

Alongside this, management learned more conversational skills and individuals were encouraged to come up with their own solutions to problems. The business also ran a follow-up survey, which found 88% of employees reported an increase in engagement among colleagues and 76% believed their peers were better placed to enact positive change. “There are a set of measures that tell us we’re on the right track and that by going down this path there’s an energy that’s been created in the company,” says Rice.

Experts claim there are also implications for how HR approaches learning and development programmes, with a greater emphasis on collaborative learning. “Neuroscience increases our awareness of insight and intuition because it helps us understand what kind of thinking enables and inhibits effective collaboration and idea generation,” says Rob Davies, head of engagement at consultancy Cirrus, which has used the technique with clients including Network Rail. “When people learn together, collaboration enhances the learning experience and social interaction can generate innovative ideas.”

Having better knowledge of how people react can also help shape courses, suggests the CIPD’s Stuart. “A big issue for organisations is that individuals go on a training course but don’t necessarily remember all of the content or apply it in the workplace,” she points out.  “Neuroscience can be quite helpful in finding new ways to approach training and learning development that encourage greater learning retention by actually thinking about how the brain responds.”

The impact of aerobic exercise and getting a good night’s sleep can help with this, she says. “A lot of companies are now introducing exercise into training courses, but this is one of those areas where a little knowledge might not necessarily lead you to the right results,” she warns. “The exercise that supports learning is aerobic – something that raises the heartbeat significantly. That can be quite difficult to incorporate into a training programme, whereas a short walk is much easier.”

A study of London taxi drivers – which found a section of the brain associated with visual and spatial memory increased in size the longer they had been in the job – can also help overcome cynicism with L&D in general, Stuart adds, by demonstrating to people that they can continue learning throughout life.

A thorough understanding of how the brain works could also help HR departments grappling with complex change programmes. During the depths of the downturn, a global telecommunications company applied neuroscience principles to a change management process. Feedback from the programme, run by NeuroLeadership Group, found 98% of participants felt they were better equipped to have difficult conversations with workers, while 87% of direct reports agreed their manager effectively managed their emotions during the process.

At a leadership level, a better understanding of the brain might also help L&D and HR professionals to shape executive development programmes. “You need to design them in a brain-friendly way,” says NeuroLeadership’s Grey. “But we tend to come up with a great agenda, take them all off, sheep-dip them for two or three days, and put speaker after speaker in front of them. By the second day, they’re on their knees and can’t think straight, and in the breaks they’re all trying to catch up with their emails. That is totally against how the brain likes to work. You need to generate attention and you need spacing.”

As well as helping with general L&D and leadership development, there may also be an argument to be made for HR using the findings of neuroscience to adapt its own approaches. Rachel Jackson, director of consultancy Changing Dialogues, relies on neuroscience to train executives in coping with stress. A key learning here, for both HR and executives, is the impact that challenging situations can have on individuals.

“If you’re disengaged, demotivated or in a stressful situation, physiological changes will happen in your body that will make it more difficult for you to make effective decisions,” she warns. “Sometimes just helping them to recognise where their breathing is and doing some mindfulness techniques can bring people back into control. If you have HR people dealing with disciplinaries or grievances, that could be really important.”

Realising the impact HR itself can have on situations can also help someone cope with difficult situations, suggests Judith Sharman, director and managing partner at Welltree Leadership. “If someone is stressed, your own stress level goes up,” she says. “Knowing the neuroscience can mean you don’t escalate the problem. A good HR person knows that you don’t sit across a desk from someone and eyeball them when they’re stressed, but understanding how it relaxes and engages someone if you’re alongside them, as opposed to being confrontational, is really important.” Being aware of such traits can also help HR professionals read others, she adds, including identifying those who may be struggling with issues such as stress and putting up a front.

In the future, there may even be potential to use neuroscience to better understand people at an individual level. However, Pablo Martin de Holan, vice-president of international executive education at EMLYON Business School, says: “It’s not clear how to bring this in a non-invasive manner into HR. We know that if you look at a person you can predict how he or she is going to behave in certain circumstances, but it’s very crude. We haven’t been able to use it to make certain decisions, such as whether someone is able to handle promotion, but there are people trying.”

It is uncertain how this will pan out. Many consultants claim they are seeing strong interest in the use of neuroscience around HR, but – as HR magazine found when researching this piece – few businesses are prepared to speak about their experiences publicly. Indeed, it may be that the neuroscience merely underpins what HR professionals already know: that people respond in different ways and that putting people in high-pressured situations tends not to deliver the best results. Ultimately, that may be its real value.

Really great article - We recently caught up with Dr Gary Luffman, a specialist in developmental change, learning psychology and neuroscience, who explains the The neuroscience of learning, memory and change within organisations https://www.youtube.com/watch?v=lY5UuNU9dLQ&index=5&list=PLTV4wbz3NCnWIM5rZhrNAzrRHO2XO7rEl this is provided by http://joosr.com

Outstanding article and the video also impressed me a lot. Maybe it will be interesting to see also how the doctor Gary about the 4 areas he suggest neuroscience should be divided. Interesting talk and discuss. Thank you for sharing.