How can HR ensure that all employees have the right level of business English skills to communicate to a high standard? 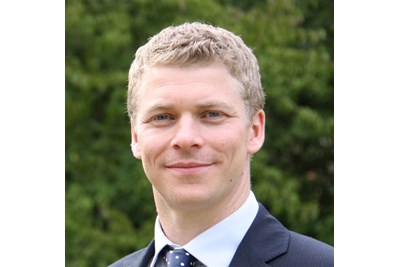 Developing and implementing a language assessment strategy is an effective way for HR to measure the language ability of new appointments and existing staff.

When assessing the business English skills for new employees, the first thing to consider is how much English language they need to know in order to carry out their roles effectively. This will allow you to set minimum benchmarks of language proficiency that all new staff must meet, in line with internationally recognised standards. The Council of Europe's Common European Framework of Reference for Languages (CEFR) is a good place to start as it's one of the most commonly used systems to describe different levels of language ability.

What is the CEFR?

The CEFR is made up of three groups which are: A (Basic speaker), B (Independent Speaker) and C (Proficient speaker). Once you've got a good understanding of how this works, you can start setting minimum language requirements for different roles based on the different levels of language ability. You can also refer to the 'Can do' statements which were developed by the Association of Language Testers in Europe (ALTE) to illustrate what users can typically do with a language at different levels and in different contexts.

There are many companies already successfully tackling the business English challenge, which is really encouraging. At Cambridge for example we develop a whole suite of internationally recognised English language tests which are increasingly being used by organisations around the world such as the BULATS tests (Business Language Testing Service).

What about existing staff?

Measuring the English language skills of existing staff as part of their ongoing training and development can be achieved by having employees take a language test. If you want to introduce a wider programme of language assessment across the company, you can carry out a benchmarking project, where skills gaps can be identified for specific job roles. Once you set your language benchmarks, you can test the employees and if necessary, offer further language learning support. If you find yourself in this situation, it's important to bear in mind that successful language learning is not just about knowing grammar and vocabulary, it's about knowing how to communicate in real-life day to day situations. Therefore, any English language programmes or assessments used must provide realistic and practical scenarios.

Language strategies implemented in the workplace also need to recognise the critical role multilingualism plays in today's globalised business world. The UK attracts people from all over the world who can often speak one or more languages in addition to English. This adds to the skills your organisation can call upon. In fact, a recent survey in the organisation I work at (Cambridge ESOL) found employees could use over 55 languages which was well above our original estimations. We also carried out a similar survey of 650 people in the European Parliament at the end of last year which found that 78 different languages could be spoken. So, to fully avoid a communications crisis - why not encourage English speaking employees to learn another language.