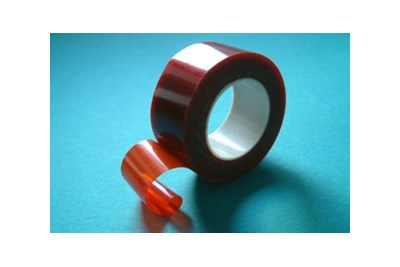 Does your employer allow staff to hang decorations in the run-up to Christmas, or is this banned as part of health and safety overkill in your organisation?

The Health and Safety Executive (HSE) last month launched a panel to investigate health and safety myths, to differentiate between legitimate decisions that protect staff against real risks from 'jobsworth decisions' not required in law. But will the newly launched panel be enough to nurture a commonsense approach to wellbeing in the workplace?

Health and safety: doesn't it just make you groan?

That's certainly the public perception about this subject and it has been exacerbated over the years by numerous strange decisions and media coverage of the less than helpful outcomes these have delivered.

So, it has to be welcomed that the Health and Safety Executive has set up an independent panel to myth-bust all those issues and concerns that are often generated on the back of an oft-maligned and misunderstood discipline.

My reflections on this issue are that health and safety has become a pariah: the positive outcomes from the improvements made to health, safety and wellbeing in the workplace do not get reported, only those that are negative or downright bizarre.

People think of risk assessments as bureaucracy gone mad and the whole discipline being about the avoidance of claims, compensation or legal action against organisations and company directors, don't they?

I personally do not agree with this notion and have been fortunate enough to lead and work with extremely pragmatic, business-focused and outcome-driven H&S professionals, rather than the stereotypical geeky, anorak-wearing technicians that the label tends to suggest.

The real myth that needs busting, to my mind, is that it is the fault of the HSE, or health and safety law or professionals; it is simply a sad reflection upon a society that has become increasingly litigious and risk-averse over the past few decades. Health and safety is really a commonsense discipline; it is just not always applied with a commonsense head. The myth to bust has to be about the application and execution of health and safety, as well as shifting towards a more positive reporting of the improvements made.

Richard Jones, head of policy and public affairs at the Institution of Occupational Safety and Health

A new panel to challenge wrong decisions to cancel activities on 'health and safety' grounds could herald a brave new dawn where commonsense rules.

The Health and Safety Executive's announced independent Myth Busters Challenge Panel is a development we fully support. With the aim of scrutinising decisions that wrongly use health and safety as a 'convenient excuse' for stopping events, the panel could reintroduce vital commonsense, which has increasingly been squeezed out in favour of inaction and fear of being sued.

Somewhere along the line, health and safety has unfairly borne the brunt of negative opinion - instead of tackling the root causes of poor planning and aggressive marketing by claims management companies. Since 2004, when a head teacher insisted on pupils wearing goggles to play conkers, the crazy stories have come thick and fast. Generally, they're in the public domain and involve public safety, leisure and children - not workplaces. And, let's make it clear, the decisions aren't required by law.

It is important people understand risks should be properly managed, not avoided. People in the UK experiencing these 'barmy bans' need a forum where they can raise concerns and challenge dubious decisions, putting them under the scrutiny of experts who take good health and safety seriously. We believe the panel can be an important force in restoring the good name of health and safety.

Once a negative story hits the headlines, it enters the public psyche and damages perceptions, so we need to prevent these made-up rules in the first place. I hope this panel will play a part in educating people on what real health and safety is about - saving lives and preventing injury and ill-health in the workplace. Putting pancake races and conker games in a similar bracket to construction or nuclear plant workers is madness, and we are working hard to put the record straight.