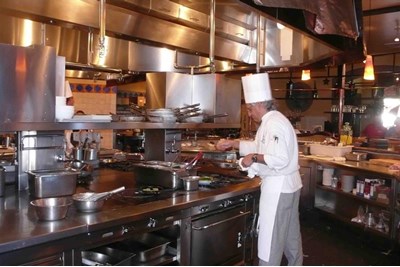 Yes Brexit has put a strain on many businesses, (in and outside of hospitality) and there has been fallout. Labour turnover has always been an issue for this industry; they're well aware of the ...

The hospitality sector is facing high turnover rates that could worsen after Brexit, according to research

Unsociable working hours (69%), low pay and benefits (63%), and lack of career prospects (35%) were the top three reasons people cited for leaving the sector in YouGov and software company Deputy's Retaining Britain’s Hospitality Workers report. As a result the sector has a retention rate of just 70%, it stated.

For this research, Deputy calculated that hospitality in the UK has an employee turnover rate of 30% (meaning three out of 10 workers leave their role within a year). This is double that of the UK average, and forecast to get worse after Brexit.

However, close to half (42%) of UK employees are either employed in the industry or have worked in it at some point, the report highlighted.

Just 40% of respondents said they believe it is viable to have a long-term career in the sector, however, rising to 62% for those currently working in hospitality.

Respondents were asked what would make employees in the sector less likely to leave. Factors cited were: better pay and benefits (cited by 63%), more control over shift patterns (55%), a more stable income and guaranteed work (52%), better career prospects (42%), and more transparency regarding shifts and scheduling (32%).

When asked why they took their most recent role, 40% of respondents who have worked or currently work in hospitality said it was the only job available at the time.

The report found that few hospitality workers see this as their primary role. It was the main occupation for just 44% of respondents, while 38% were also in education, and 15% did this as a second or third job. Only 3% said they chose to work in the sector because of the career prospects it offers.

“Beyond more pay, what we found is that workers want more control over their working lives and more stability," he said. "Anyone who has worked in the hospitality sector knows what it feels like not to know when you’ll be working week to week. It’s stressful and limits your ability to plan and enjoy your life. We believe that changes can be made in easy areas that will help improve retention rates.”

Yes Brexit has put a strain on many businesses, (in and outside of hospitality) and there has been fallout. Labour turnover has always been an issue for this industry; they're well aware of the additional Brexit pressures and have become increasingly more adept at meeting the challenge full on. The statistics are skewed by short-term workers (students, holiday, temp work). The key is to be smart about it, creating environments that make the people who 'dip a toe in ' want to dive in completely. Hospitality leaders aren't sitting around wondering what to do; they've been getting ahead of the game by working hard to become employers of choice thus engaging and retaining their people. They already address issues such as work life balance (by offering parent shifts, self managed rotas and so on). They're increasingly more creative about who, how and where they recruit. Many have also made great strides when it comes to addressing career and progression aspirations. For example investing in smart people tech that others can only envy. Of course the industry could pay better, though if these fundamental needs are met, many would sacrifice higher pay in favour of a job that makes them feel happy, motivated, fulfilled, challenged and meets their aspirations. There are many lessons other industries can learn from hospitality; it provides a level of development difficult to find anywhere else, for example, in terms of valuable 'life skills' (think organisational skills, resilience, communication, presentation, professionalism, team work, commerciality...). Our annual survey of over 12,000 respondents tells us that the top three factors most valued by hospitality employees are team respect, work-life balance and producing results - all things hospitality has more opportunities than most for meeting head on. The career possibilities are endless in this wonderful industry - where else could you start out in a waiter-level job at 16 and end up as a five star general manager earning £200K pa? Hospitality is also included in Business Insider's 'Top 16 industries likely to make you a millionaire' listing - if that doesn't make it an attractive proposition, I'm not sure what would...

I believe the hospitality industry is at the fore front of longer term planning when it comes to Brexit and the work force that we attract. If I read the stats correctly, skewed as Jane suggests above, I read that 62% of people working in the industry believe that it’s a viable career for them. I'll take that. As an industry we recognise it might not be for everyone but for those that love hospitality the opportunities are literally endless. We have the same issues as other industries in the UK and work:life balance tops the list of things that we all want. We have the ability to fulfil that need more than most given the flexible nature of the industry and what we are able to accommodate and offer. Again, I believe we are helping to lead the way with shift types, number of working days/hours in the week, the ability to drop the children off/pick them up and work a meaningful number of hours in between. As an industry we have been heavily focused on Apprentices for a number of years and this is now helping us to create the work force for the future. I couldn't disagree more with Mr Kelly - 'the willing workforce' is far from drying up, quite the opposite in fact. We have several programmes in places to develop our teams for the future and they are extremely willing and, in some cases, we have waiting lists to join them. The situation isn't perfect by any stretch, but the headline is for this article is misleading and the stats, from what I see, don't support it. Its a busy industry, full of opportunity and those who are ambitious and want to get on, will.