Hilton HRD: 24/7 industries can be good for women 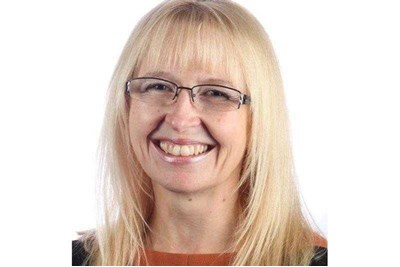 The 24/7 nature of the hospitality industry doesn't have to be a barrier to achieving a work/life balance, according to Kay Harriman, senior director, HR UK & Ireland at Hilton. Speaking to HR magazine, Harriman explained how an 'always-on' business can give some sectors of the workforce the flexibility they need, particularly women.

“The idea that hospitality is a 24/7 job is portrayed as a bad thing, but for a lot of people a 24/7 industry can be great. It can give people, and women especially, the flexibility to work the hours that suit them rather than fixed hours when they might have other commitments.

“Flexibility can mean different things to different people, and we wanted to show that there is a really positive side of working this way,” she added.

Harriman said the business has been on a journey to make itself more accessible to female talent.

“It’s common for people to talk about barriers in diversity and inclusion efforts, but for the women we work with [within Hilton] the idea of barriers was not something that really resonated with them,” she said.

While there has generally been good progression for female talent through the organisation, Harriman explained that there was a realisation that they were not getting as many women moving up from management roles into senior roles.

This meant Hilton needed to work on promoting the individual success stories of its female employees, she added.

“Women were telling us that a lot of the issues they faced in moving forward felt personal. They did not always feel that they had the confidence to get into some of the more senior roles. We are a global brand so we held conferences in Europe, the Middle East and Africa to show the benefits of what we were doing, and to tell our story of how women were able to reach their goals no matter what they were facing," she said.

“These were women who said they were energised by what they were doing, and we wanted to show that we are a place that can encourage them to progress no matter what their ambitions. Our stories included a woman who had a military background, a single mother, and a male general manager talking about how working patterns had allowed him to spend more time with his family too. It was important for us to showcase the work we were doing to build a strong pipeline of talent for the future.”

She added that a personalised approach towards training and development has been key: “We invested heavily in coaching, looking at our colleagues internally who were hoping to progress, as well as tapping into the graduate pool.”

Harriman said that while efforts are paying off, with Hilton being ranked in Great Place to Work’s Best Workplaces for Women 2019 for the second year running, the hard work is not over yet: “We’re delighted with what we’ve achieved so far, but awards are definitely not the be all and end all. This is about making Hilton a brilliant place to work for all our employees. We can’t be complacent and we accept that this is part of a journey.”