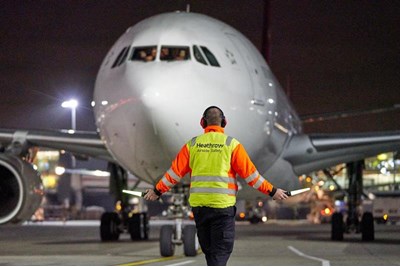 ​More than 4,000 workers at Heathrow airport, including customer service, engineering and security staff have voted to strike over pay

Staff will walk out on 26 July, 27 July, 5 August, 6 August, 23 August and 24 August, which trade union Unite said could create "Summer travel chaos" and will affect over a million people.

Unite revealed that members had voted in eight ballots to support action after an 18-month pay rise offer averaging 2.7% was rejected. This rise adds up to just £3.75 extra a day for the lowest-paid workers (largely security guards) involved in the dispute.

The union said that members had been angered by growing pay disparities between workers at the airport and the size of the pay packet awarded to Heathrow's chief executive John Holland-Kaye. Last year he received a 103.2% rise, with his basic pay increasing from £2.09 million in 2017 to £4.2 million in 2018.

Unite's regional co-ordinating officer Wayne King said: "There is deepening anger over pay among workers who are essential to the smooth running of Heathrow airport.

“They are fed up of being expected to accept crumbs while the chief executive pockets an eye popping 103% rise in his pay package and shareholders are handed dividends of over £2 billion in the last two years alone."

Heathrow bosses have urged the union to return to the bargaining table to resolve the pay dispute. "We have proposed a progressive pay package giving at least a 4.6% pay rise to more than 70% of our frontline colleagues," a spokesperson said. "The total package offered is above RPI [Retail Price Index] and is specifically designed to boost the wages of lower-paid colleagues."

Andy Cook, CEO of Marshall-James and former HRD at Gate Gourmet and former interim HRD at the British Library, commented that while this threatened action demonstrates the ability of unions to still cause significant disruption, low public support and the difficulty of sustaining such action could ultimately undermine it.

“This seems to show the unions hitting industries where they still have the ability to hit the headlines with threats of travel disruption. But it's very difficult for them to win public support for these types of action... The last thing most [people] will sympathise with is a union holding a dispute during the peak Summer period," he told HR magazine.

"In the travel industry the threat of a strike is enough to frighten management into backing down and can have a detrimental impact on bookings. This is a powerful weapon for the union who wants to be seen as responsible for bringing Heathrow to a standstill... But once a dispute starts the challenge any union faces is how to sustain a long campaign of action where their members start to feel the pain of losing their earnings. So support might be strong to start off with, but the longer it goes on the more likely it is that people will start to go back to work.”

The announcement follows 17 days of planned strike action at Stansted airport, due to start on 25 July. Forty-three check-in staff, working on behalf of EasyJet, will go out on strike over pay.

Transport secretary Chris Grayling said: “Whatever the rights and wrongs of a dispute, there can’t be any justification for actively trying to disrupt people’s summer holidays at such a busy time of year." Grayling said he had not been asked to intervene, however, and that the dispute was a matter for Heathrow as a private company.

As the dispute continues the airport said its contingency plans would ensure flights could still take off and land during one of the busiest period of the year.

A Heathrow spokesperson added: “We are disappointed that Unite will be taking strike action. Following this decision, we will be implementing contingency plans that will ensure the airport remains open and operating safely throughout any co-ordinated action. We will be working alongside our airline partners to minimise disruption caused to passengers as they look towards their well-deserved Summer holidays.

“We are proud of our record as a good employer and we remain committed to finding a solution. We have invited our union colleagues back to the table and urge them to continue working with us to reach an agreement.”