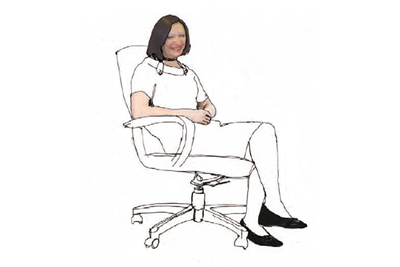 Physical engagement involves employees applying their physical and mental energies wholly to their job performance. Cognitive engagement relates to the need for employees to be acutely aware of and aligned with the organisational strategy and know what they need to deliver the optimal return on their work efforts; emotional engagement concerns the degree to which employees feel connected and trust the organisation and its members.

Organisations are often prepared to invest a lot of effort in communications to ensure that people know what the organisational goals are, and the part they are expected to play in the accomplishment of these goals – and in doing so, attain cognitive engagement.

At the same time most organisations have come to recognise the importance of taking steps to create a climate of trust and involvement in order to foster emotional commitment. However, less attention is typically paid to the importance of the energy component of engagement.

Energy underpins both engagement and wellbeing. So it is not surprising that evidence from research shows that low levels of engagement are linked to a range of psychosomatic complaints such as headaches and chest pains, back and neck problems, as well as increased anxiety and depression.

Furthermore, individuals who report high levels of energy rate their overall health as being more positive. Therefore, in order for an organisation to be able to create, realise and release more energy in the workplace, it needs to ensure it has a physically and psychologically healthy workforce.

Lancaster University has been conducting research into the impact of increased physical activity on employee health, wellbeing and engagement over the past four years. It has been collecting data annually from employees who have participated in the Global Corporate Challenge (GCC). The GCC is a 16-week team-based workplace intervention programme that challenges employees to walk virtually around the world, using pedometers.

Participants are asked to register their daily step count on a website, which plots the progress of the individual and their team in the virtual walk. Pre and post measures have consistently shown that increased levels of physical activity have resulted in a range of individual and organisational outcomes relating to health and productivity. Last year’s data, which was based on more than 30,000 people, showed that the most significant improvements that resulted from increased activity levels were in their quality of sleep and in a feeling of having much more energy during the day.

While the quest for a year-on-year improvement in engagement levels is an attractive goal, organisations need to be aware that there can be a downside. Excessive or over-engagement can lead to work addiction and have adverse consequences for work-life balance and health. In short, the challenge for organisations is to ensure employees have energy for their work, are energised by their work yet still have enough energy to balance their work and their lives.