Have your say – not: the delusion with staff surveys 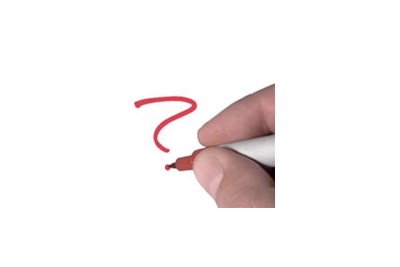 Most people are generally critical of such surveys and I find this to be true amongst people who participate in them, people who run surveys in-house and even people who work for external providers. I do know some senior leaders who like them, especially when they have some crude employee engagement target linked to their bonus, but that's another matter.

The harsh truth is that the vast majority of employee surveys are poorly designed (or rather, not designed at all). The industry seems to have converged on just one type of question format - the Agree/Disagree Likert Scale. Rensis Likert was one of the big players in management thinking and in 1932 he proposed an approach for measuring people's attitudes. If he were alive today, whilst no doubt he would be happy to hear his name still being banded about, he'd probably be a little embarrassed.

Yet Likert could not have foreseen that senior leaders' whimsical need for social comparison, external providers' need to build their benchmarking databases and a general incompetence in questionnaire design would conspire together with such terrible consequences. All organisations are different, so it doesn't make sense to ask very general and standardized questions, all on the same scale, just to get some meaningless external comparisons. This approach can only ever provide very vague feedback. It's no wonder managers find action planning so difficult - they don't really have much to go on.

It's popular nowadays for organisations to brand surveys with misleading straplines like "Have your say!" "It's your Shout!" or "Talkback!" (sometimes even when there are no open-ended questions). Are these surveys really giving employees a say? I don't think so. Accurately and quickly extracting insights from written data has been a huge stumbling block for HR. Most organisations are terrible at analyzing unstructured textual data. Some of the UK's biggest companies are still manually reading and coding just ten per cent of all the comments they receive - the remaining 90 per cent are consigned to the feedback graveyard. That's not a survey, that's a lottery. Why HR has largely ignored advances in text analytics over the last decade is a mystery to me.

The fact that participants rarely get to see their colleagues' comments from a survey also causes a certain indifference to open-ended questions. After all, who's going to read it? Someone in a data-inputting warehouse in India? The unfortunate person who's looking after the survey this year? Big deal. Not only does this cause fewer responses to open-ended questions, it also means that people are less likely to give considered responses (compared to if they knew their comment would be posted online for other people to evaluate, for example).

When the Internet appeared, surveys were simply transferred from the material to the electronic world - and nothing has really changed. However, the whole premise of a "survey" is starting to look outdated. Digital technologies and social media are providing - dare I say it - more 'engaging' ways of gathering feedback from people.

The crucial thing here is that employee research is becoming multi-directional: it's not just about employees filling in surveys in isolation, it's about employees collaborating with each other, harnessing the wisdom of crowds and then distilling the essence of those conversations. In this way, a level of insight can be achieved that has not been previously possible.

Of course, there will be plenty of pitfalls to avoid, and challenges to overcome, as these developments become more widespread. However, the HR community must first acknowledge that organisations have become so obsessed with scores on employee surveys that it is actually distracting them from what they were supposed to be doing in the first place - listening to their people.

Michael Silverman, is a director at Silverman Research