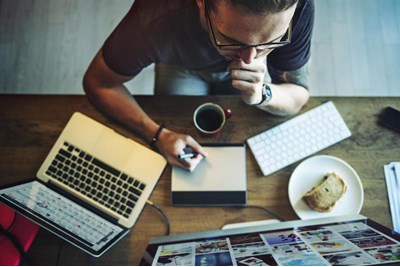 Up to 50% of workers are expected to turn freelance in the next two years, according to research from Kalido

The findings also revealed that 64% of UK-based businesses currently rely on freelance workers in some capacity; and 39% of business owners predict that their use of freelancers will grow faster than their number of permanent hires in the next five years.

The noted benefits of freelance work for workers included flexibility (79%), working on projects they believe in (42%) and keeping work exciting (30%).

Earnings for freelancers were found to be far higher than for regular employees. Freelancers make £50 per hour on average compared to £14.60 for permanent staff. More than a quarter (27%) of Millennial freelancers claim to earn to their full potential, with 6% earning more than £301 per hour.

The research showed that employees value freelancers in their workplaces for their fresh ideas and expanded networks (44%). Meanwhile seeing freelancers at work has prompted half (50%) of permanent employees to investigate a similar career move.

AI is credited by freelancers for opening up new job opportunities (46%) and changing the size and nature of the workforce (34%). As the number of UK small businesses continues to grow so does their demand for flexible workers – for 38% of freelancers small businesses are their typical clients.

Despite these positives, finding ongoing opportunities in this line of work presents challenges. Of those surveyed, 65% said job pipeline uncertainty is their biggest concern.

When it came to building a pipeline of work, recommendations and referrals from trusted sources were found to be a high priority. More than three-quarters (77%) of respondents prefer to find work this way because it is more likely to lead to work (63%) and the employer is more likely to be reputable (55%).

Sanjay Varma, co-founder of Kalido, said that the rigidity of corporate life was one of the main reasons for the sharp rise in freelancers.

"There are a few reasons for the surge in freelancers in the UK. First, more people are becoming disenchanted with the corporate lifestyle; long and stressful days, poor work/life balance and salaries not keeping pace with inflation. Going it alone creates opportunities to fix these pain points by putting scheduling and pricing power back into the hands of the individual," he said.

With AI meaning that more jobs can be carried out remotely, employers are hiring more freelance workers to fit the needs of their organisation, added Naeema Pasha, director of Henley Careers at Henley Business School.

Benedict Dellot, head of the Future Work Centre at the RSA, warned that as the demand for freelancers rises self-employed workers must be given greater protections.


"The RSA's research shows that one in seven workers now answer to themselves. And even if the number of self-employed people only rises modestly, there is still an urgency to reform our welfare system to give them adequate protections," he said.

Dellot added that reforms to self-employment have so far only acted within the interests of corporations. "For the past decade the government’s main response to the rise in self-employment has been to promise further reductions in regulation and taxation, including a cut in corporation tax.

"But the reality is that these are sweeteners for big businesses not small ones. Most of the self-employed care more about their pension and childcare than they do about overbearing regulation or hefty tax rates."

He added that the RSA's Future of Work think tank has a number of recommendations to improve working conditions for the self-employed, including full maternity and paternity pay and pension auto-enrolment, which the self-employed are currently excluded from.

Kalido's Varma acknowledged that while the rise of freelancing is a generally positive movement, exploitation of independent workers still occurs in some professions. "At Kalido we definitely see this as a positive macro phenomenon, but the gig economy is littered with poor treatment of workers and a race to the bottom on price for some professions," he said.