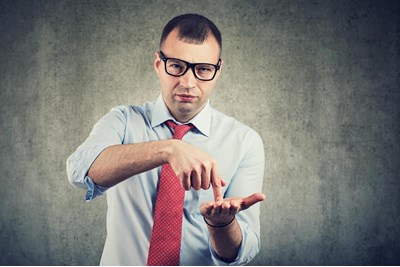 Forty-nine per cent of UK workers intend to ask their boss for a pay rise in the next 12 months, according to research from Robert Half UK

The average UK worker is reportedly preparing to ask their employer for a 6% pay rise.

The research also found that men are more likely to ask for a salary increase than women (56% compared to 44%).

Lorna Fitzsimons, co-founder of diversity consultancy The Pipeline, told HR magazine that transparency is key to levelling the playing field on pay.

"Making pay and packages more transparent, telling women what their males peers are asking for, and not agreeing pay deals that distort the gap are the only ways to level the playing field," said Fitzsimons.

The top three reasons as to why people had delayed asking for a pay rise were: waiting for a performance review (46%), worried that their employer would say no (34%), and workplace cultures making it difficult to ask for a pay rise (24%).

Not having enough self-belief or confidence was the fourth reason (23%), embarrassment was the fifth (18%) and their company not having sufficient funding was the sixth (13%).

Matt Weston, UK managing director at Robert Half, suggested that employers need to be more open to employees’ salary requests and to consider their options when they’re trying to retain top talent.

“Record employment rates in 2019 have placed added pressure on employers. The war for talent shows no sign of slowing down and talented employees will be fielding multiple job offers,” he said.

However, Weston added that pay rises are not the only way to retain talent and that employees are also receptive to other benefits.

“Flexible working, health and wellbeing perks and training opportunities are increasingly popular with employees and should be considered as part of any offer to retain a talented member of staff.”

The study was developed by Robert Half and conducted in June 2019 by Censuswide among 2,000 full- and part-time workers in the UK.
Comments