Half of employees view diversity programmes as a PR stunt, according to Adecco 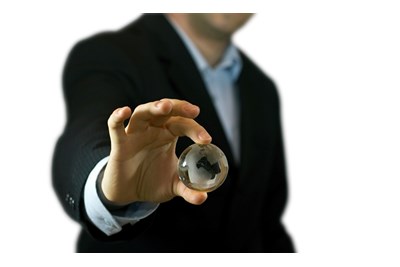 Almost half of UK workers think that employers’ diversity programmes are “only designed to attract good PR”, according to research published this morning from Adecco Group’s Unlocking Britain’s Potential campaign.

The poll found that a further quarter (27%) of employers believe that campaigns to promote a diverse workforce are aimed at gaining publicity rather than actively changing company culture. At the same time, over a quarter (29%) of employers admit that there is a 'certain type' of person that they regularly seek to recruit.

The research reveals a striking picture of UK plc, with a fifth (20%) of workers suggesting that their industry does not directly promote itself to certain sections of society, and a further fifth (22%) of employees saying that a diverse workforce will not provide the skills required by their organisation.

Despite the scepticism expressed towards employer diversity programmes, the research shows that there is a strong belief among both workers and business leaders that diversity has a vital role to play in the contemporary workplace. More than two thirds (69%) of employers think that companies with diverse workforces are best placed to succeed, and a similar proportion (70%) say a diverse and inclusive workforce directly improves company culture. Nearly half (44%) of workers say that they are more attracted to a company with a diverse workforce.

Adecco Group is now calling on the Government, businesses and other stakeholders for a radical reassessment of workplace diversity, as part of its major initiative to realise the full potential of the UK workforce and enable the UK to compete effectively in world markets.

The Unlocking Britain's Potential campaign is spearheaded by Adecco Group with support from a wide range of major organisations - including Cisco, M&S, British Airways and Deloitte - and is generating strong interest from politicians.

Chris Moore, director at the Unlocking Britain's Potential campaign said:"The business case for investment in diversity has never been clearer. A diverse workforce will widen Britain's talent pool, have a direct impact on employee engagement, and strengthen relationships with customers.

"But our research suggests that we are far from achieving the radical change in outlook required to genuinely promote the need for a diverse workforce in UK businesses.

"While it is encouraging that the case for greater female representation in the Boardroom is attracting such prominence, this is only a small but important part of the debate around boosting diversity in the workplace.

"Diversity is a question of encouraging and increasing social mobility - finding ways to ensure that potential British talent, from any and every background, is not overlooked."