Half have spotted signs of stress among colleagues 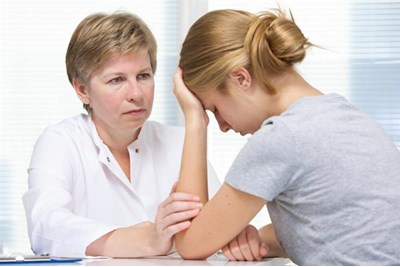 As the World Health Organisation classifies 'burnout' as a chronic condition, research finds that stress is having a significant impact on UK workplaces

UK workers are being urged to take a more active role in their colleagues’ mental wellbeing, with almost half (49%) having spotted signs of stress among colleagues.

The Cigna 360 Well-Being Survey Well & Beyond found that the majority of stressed employees (56%) work in an ‘always-on’ culture. As many as 83% of people who notice stress among colleagues believe this is having an impact on their workplace, with morale and team spirit affected.


But despite these findings the research shows only 28% of employers have a formal wellness programme in place. While three-quarters (72%) of British workers currently suffer from stress only 11% have sought professional help.

The research also found that almost half of those surveyed (46%) noticed colleagues suffering from stress, with symptoms including moodiness (40%), fatigue (23%), crying (21%), and inhibited performance (20%).

With UK employees working the longest hours in the EU (an average of 42 hours a week last year, ahead of Belgium, France, Holland, Italy, and Sweden), colleagues are often best-placed to recognise the early warning signs of poor mental wellbeing, Cigna researchers said.

The issue of employee mental wellbeing has been gaining momentum recently, with the World Health Organisation (WHO) announcing last week that 'burnout' has been added to its International Classification of Diseases, meaning that it will become a globally-recognised medical condition as of 2020. The WHO defines burnout as 'chronic workplace stress that has not been successfully managed'.

Mark Winwood, clinical director for psychological health at AXA PPP Healthcare, said that despite increased awareness there is still much more employers can do. “Despite the attitudinal shifts around mental health we still have a long way to go when it comes to normalising the topic. Mental health is often excluded from regular conversation where physical health is a common topic," he said.

“We talk about going to the gym, going for a run or attending an exercise class with pride, but as a society are reluctant to discuss how we keep our minds healthy let alone how we approach mental illness.”

Phil Austin, CEO at Cigna Europe, added that employers must recognise their own role in potentially causing burnout among staff, and make tackling workplace stress a priority. “We’re living in an ‘always-on’ culture with stress at an all-time high,” he said. “It’s evident from our research that employers can do more to empower their staff to support each other."

Cigna has launched a ‘Put a Face On’ campaign to educate on the signs and symptoms to look for in the workplace. These include erratic behaviour such as anger or extreme highs and lows, concentration problems, confused feelings, substance abuse and tearfulness. Cigna advised that rather than immediately offering solutions colleagues should adopt 'active listening' through eye contact, acknowledging what is being said, and avoiding judgement.