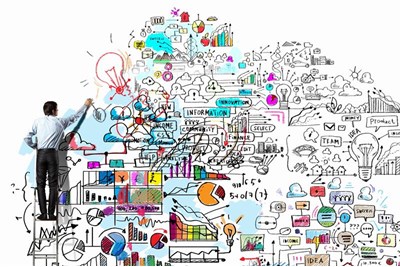 Nothing new in HR? He's been following the wrong debates (and obviously not HR Magazine!)

The world of work is changing beyond recognition but people strategy hasn't kept up, according to Kevin Green, founder and CEO of What's Next Consultancy and former CEO of the REC

Speaking at HR Taskforce's 'HR Business Partners: What's Next?' event, he said that the rise of AI and an evolving political climate were the key factors behind this change. In contrast "there isn't anything new in HR. The model is exactly the same, and the debate about skillsets is exactly the same as when Dave Ulrich was writing in 1997," said Green.

He pointed to research showing that today 65% if HR departments are following the Ulrich model, 25% are following a pre-Ulrich model, and just 10% had adopted any kind of 'post-Ulrich' model. Traditional models of HR have not provided the sector with the drive needed to change their organisations, he added.

"The world we're working in is changing at an incredible pace. So what should HR be focussing on? How can we actually deliver value for our organisations? Because a lot of what we should be doing is not necessarily in our job description, and it isn't about following a structure. It's about capability, it's about tools."

He said that Brexit and other economic factors had meant that businesses were having to go through rapid change programmes, but that HR had not adapted.

"HR is not taking into account the environmental change. The marketplace is far more volatile, organisations are having to go through multifaceted change programmes, but HR is still the same," he said.

Green gave the example of the direct link between low engagement and productivity to demonstrate that HR had to do more to implement a strategy that motivates people.

"Productivity hasn't improved in ten years; we've got more technology than ever. What this says to me is that HR isn't getting better, it's getting worse," he said.

"Only 30% of people say that they are actively engaged in the workplace. We want to improve productivity, and we know that there is a direct correlation between productivity and engagement. If you want to think about developing a people strategy, then engagement should be at the centre of it."

In order to grow their organisations, Green said that HR should focus less on procedures and protecting organisations, and much more on "offensive HR" which is about looking at organisational values and creating engaging workplaces.

"How do we move from a defensive mindset?" he asked. "Offensive people strategy is about helping the organisation win. It's about value, it's about engagement, it's about productivity. It's about leadership."

He recommended that looking to external factors affecting the workforce, and making evidence-based decisions was the best way for HR to move forward.

"We've got to understand the external environment, and we need to think about the science behind what we're doing. We need to ask with decisions: why? What difference will it make? And how will we be part of it? You need to think about culture, and influence. HR business partners are delegators, which is fine. But that's not going to add value to your organisation."

Nothing new in HR? He's been following the wrong debates (and obviously not HR Magazine!)

Debates are meaningless, I can honestly say I struggle to meet a real HR Business Partner these days, and I do get out and meet HR folk! I think he (Green) hasn't probably met one either! Most HR Business Partners are nothing more than Operational Senior HR Advisors.