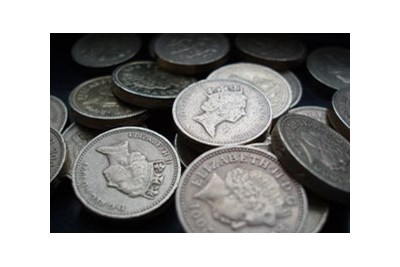 The government’s national living wage (NLW) should be viewed as a ‘compulsory top-up’ and not a true living wage, according to non-partisan think tank The Resolution Foundation.

The Resolution Foundation chief executive Gavin Kelly said the NLW is an enhanced minimum wage not an actual living wage. “That’s not a criticism, it’s a statement of fact,” he said at the Foundation's ‘What next for the Living Wage?’ event. “A minimum wage and a living wage are different things. I could call my cat Rover but he still wouldn’t be a dog.”

The Resolution Foundation analyst Conor D’Arcy added: “The national living wage is a top-up to the minimum wage for over 25s,” he said. “The difference [between the NLW and the living wage] is that the government’s living wage is not calculated using the cost of living.”

The Foundation revealed some of the benefits to be brought by the NLW, with the biggest average wage gains going to workers aged 25 to 30. People in this age bracket will see their average annual pay increase by £890 in 2020, the Foundation reported. Three out of 10 (29%) female employees in the country are set to receive pay rises as the NLW comes into force.

Neil Jameson, executive director at community charity Citizens UK, said: “Mr Osborne has set a courageous example and we don’t wish to discourage him. We will from next year have the highest minimum wage in Europe, which we should be proud of. But the government shouldn’t have taken the phrase ‘living wage’.”

Stephen Uden, head of corporate citizenship for Nationwide Building Society, said there are three major benefits of the living wage as set by the Living Wage Foundation; it is voluntary, independent, and inclusive of all ages.

“The fact it doesn’t exclude under 25s makes a real difference,” he said. “I think most employers want to do the right thing.”