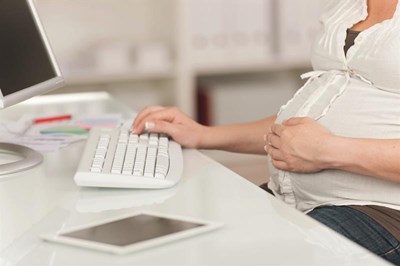 The government has set out new proposals to protect pregnant women and new parents, as thousands of workers with children face job loss and discrimination

The consultation, which launched today, proposes that the legal protection against redundancy for pregnant women and new mothers on maternity leave is extended so that it continues for up to six months after they return to work. It will also seek views on affording the same protection to parents returning from adoption leave or Shared Parental Leave.

Research commissioned by the Department for Business, Energy and Industrial Strategy (BEIS), found one in nine (11%) women have been fired or made redundant when they returned to work after having a child, or were treated so badly they felt forced out of their jobs. The same research estimates 54,000 women a year may lose their jobs because of pregnancy or motherhood.

Prime minister Theresa May said that the government is determined to tackle the barriers facing parents at work. “It’s unacceptable that too many parents still encounter difficulties when returning to work. Today’s proposals are set to provide greater protection for new parents in the workplace, and put their minds at ease at this important time," she said.

The announcement follows the proposal at the start of January to amend the EU withdrawal agreement to include better protections for workers’ rights post Brexit. The proposals were put forward by Labour Leave supporter John Mann, but dismissed as insufficient by unions and other Labour MPs.

May said that the maternity discrimination proposals ‘go further’ than EU regulations: “People in this country already benefit from some of the most rigorous workplace standards in the world – including parental leave and pay entitlements – but we are determined to do even more as we leave the EU."

However, campaigners said that the moves do not go far enough. Joeli Brearley, founder of Pregnant Then Screwed, said that the problem of maternity discrimination does not lie with workplace protections but with systemic factors, such as limited access to the justice system and a lack of support for working fathers.

“The problem isn’t the law. The law is very clear: it is illegal to make someone redundant due to pregnancy or maternity. The problems are access to justice (just 0.6% of victims raised a tribunal claim), the fact that legislation doesn’t support fathers to take time out to care for children so the burden rests on the shoulders of women, prohibitively-expensive childcare so women are often unable to return to work, and a lack of flexible working making it almost impossible for parents to manage their responsibilities in the home and in the workplace.”

The government risks increasing discrimination if it places too much responsibility on employers, she added. "There is also the issue of the 30% of employers who say they actively avoid hiring women of childbearing age. If we make it even more onerous for employers to hire women then it is likely this invisible discrimination will increase," she said.

"Rather than putting the onus on companies, the government needs to buck up and start changing legislation that will trigger a real culture shift in the way we view breadwinning and caregiving. Enhancing protection from redundancy is just papering over the cracks – indeed, it is barely doing that."

Meanwhile Beverley Sunderland, managing director of Crossland Employment Solicitors, expressed concern that the proposals could cross over into positive discrimination.

"A fundamental strand of our discrimination laws is that there should not be positive discrimination. However, this is not to be confused with ‘positive action’, which allows employers to recognise that those who share a protected characteristic may be at a disadvantage; for instance older people not being as familiar with computers [so] offering computer lessons to employees over the age of 50," she said.

"However, introducing legislation to prevent employers from making pregnant women and parents returning from maternity leave redundant for a certain period is undoubtedly going to be viewed as crossing the line into positive discrimination. There is a fundamental obligation on an employer to apply fair and objective selection criteria in a redundancy situation and being made redundant simply because everyone else in the pool is either pregnant or returning from maternity leave is neither."

Sunderland added that she hoped the consultation will explore these obstacles further: "Hopefully the consultation will highlight these issues and find a better way of dealing with what is clearly a problem – for instance giving the employee a fast track employment route similar to interim relief in whistleblowing cases or setting up a government body that must give approval for a dismissal of a pregnant woman or parent returning from maternity leave. This will allow employers to justify genuine redundancies and will discourage those who are discriminating from doing so."

“While many of the companies we work with already understand the business benefits of family-friendly workplaces some employers still don’t. Proposals to extend protection from redundancy to new mothers and parents returning to work should go a long way toward protecting their jobs – and to reducing the shocking number of women who lose their jobs because of pregnancy and maternity discrimination.”