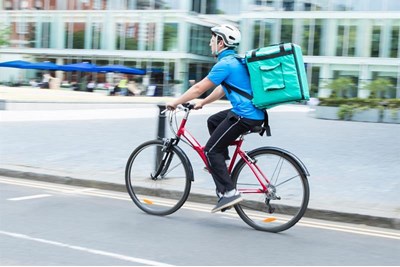 ​The government has adopted nearly all of the the Taylor Review’s recommendations in its response, published today

Its 'Good Work' plan comes in response to the independent Taylor Review, published last year, which investigated what impact modern working practices are having on business and people. The review found that the strength of the UK’s labour market is built on flexibility but that a clearer focus is needed on the quality of work as well as the quantity of jobs.

The government is also asking the Low Pay Commission to consider a higher minimum wage for workers on zero-hours contracts, and says it may also repeal laws that allow agencies to employ workers on cheaper rates.

A consultation into employment status is also to be launched, including consideration of whether new legislation is needed to make it easier for both individuals and organisations to understand whether someone is an employee, worker or self-employed.

The government has also launched consultations into the enforcement of employment rights and measures to increase transparency in the UK labour market.

Ben Wilmott, head of public policy at the CIPD, welcomed the government’s response, stating that it “rightly places more attention on the enforcement of existing rights that can help ensure bad practice will be stamped out wherever it exists”. He said that the CIPD particularly supports the adoption of the right to receive a payslip and terms and conditions from day one.

“We particularly welcome the clear commitment to enshrining the principles of 'good work' and ensuring that they are measured on an ongoing basis,” he added. “Work can and should be a force for good, and the measures announced today, alongside the ongoing consultations with business, will help to ensure that these principles are reflected across the economy.”

Torsten Bell, director of the Resolution Foundation, also welcomed these enhanced enforcement powers, cautioning however that the consultations launched must lead quickly to action.

“The government is right to be taking concrete measures to boost enforcement of our labour market rules and to increase the fines for employers who break them too often,” he said. “In the past we have left individuals to enforce their own rights so a clear role for HMRC in policing sick and holiday pay is welcome.”

Regarding the consultations announced, however, he said: “For some of these, such as the complex issue of employment status, that is sensible. But the risk for others is that the government gives us a topic of conversation when what Britain really needs is an agenda for action.”

Regarding the Low Pay Commission review into requiring firms to pay a higher minimum wage for non-contracted hours, he added that “whether it sees the light of day remains to be seen”.

The government has also pledged to ‘improve pension provision among the self-employed', and to take up Taylor’s recommendation that it should ‘bring together employers and the education sector to develop a consistent approach to employability and lifelong learning’.

IPSE (the Association of Independent Professionals and the Self-Employed) welcomed these proposals. “The lack of pension provision among the self-employed has been a growing concern for some time,” said Chris Bryce, IPSE’s CEO.

He added that: “Ongoing training and skills development are major issues for the self-employed, and the government can help by making training tax-deductible for them (as it is for employees) and by collating and certifying reputable courses to help the self-employed find and choose the right training.”

Unions have been far more critical of the government’s response. Jason Moyer-Lee, general secretary of the Independent Workers Union of Great Britain (IWGB) said: "Like the Taylor Review, it so far appears big on grandiose claims light on substance.

"The most important single thing government could do is introduce effective government enforcement of employment law. They say they will do this but give no indication of how.”

TUC general secretary Frances O'Grady said: "The government has taken a baby step – when it needed to take a giant leap.”